Holes in the Landscape: Seventeen Years of Archaeological Investigations at Nosterfield Quarry

The Publication Report for Nosterfield Quarry is now available to download, along with an associated feature map:

After an epic 17 years on site the publication report for Nosterfield Quarry is complete. This important work tells the story of the northern margins of Thornborough Moor, the changing patterns of its use during the prehistoric period, the drainage of the wetland and their subsequent enclosure.

While Nosterfield Quarry has resulted in the loss of the archaeological deposits discussed within this tome, it has paradoxically added significantly to our understanding of the archaeology and landscape of the wider area and provided a framework in which future discoveries can be placed and understood.

The fieldwork and publication have been funded by Tarmac Northern. The work has been produced by Antony Dickson (B.A., M.A.) and Guy Hopkinson (B.Sc., M.A., M.Sc.) on behalf of Mike Griffiths and Associates, and has been peer reviewed by Mark Edmonds, the Anniversary Chair at the archaeology department at the University of York.

What do the archaeological deposits at Nosterfield tell us about settlement over time? The earliest evidence relates to occupation activity which may have occurred many millennia ago: possibly prior to the start of the Mesolithic period. After this communities visited the area episodically during the Later Mesolithic and the Early Neolithic leaving sporadic evidence of their settlements sites. It is possible that these visits were part of a wider pattern of occupation which may have involved contact with different regions of the north of England. Probably by the Middle Neolithic we see the establishment of the first major monuments in the area; although the settlement activity associated with the creation and use of these monuments appears to be small in scale as witnessed by the evidence from the quarry. By the Later Neolithic and the Early Bronze Age there is a significant increase in the intensity of occupation reflected in the quantity of pits at Nosterfield Quarry containing Grooved Ware. It is likely that this occupation phase is related to the establishment of the henges at Thornborough and quite probably further afield. 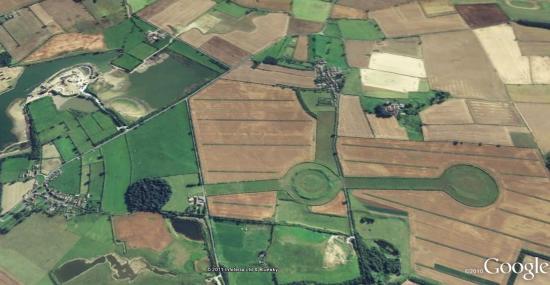 The triple henge of Thornborough and nearby quarries

During the later phases of the Earlier and Middle Bronze Age funerary activity signifies the presence of communities in the vicinity of Nosterfield. This is characterised by both cremation and inhumation and resulted in the creation of a cremation cemetery in the Middle Bronze Age which was probably associated with a small extended family group.

The construction of a series of large rectilinear enclosures is possibly related to Late Bronze Age activity, although these major landscape features may well be later and date to the Iron Age. 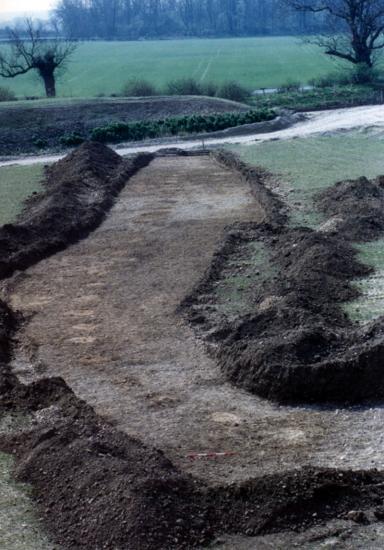