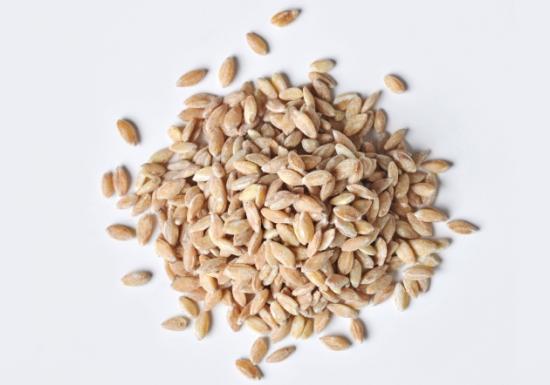 Einkorn wheat, a cereal grain domesticated in Anatolia some 10,000 years ago. Ancient DNA matching this strain has been found in pre-Neolithic England.Ulrike Koeb/the food passionates/Corbis

A DNA sample thought to show prehistoric trade in cereals is most likely from modern wheat, according to new research led by the Max Planck Institute for Developmental Biology.
The scientists developed a new test to verify the authenticity of ancient DNA. They applied the test to a sample from submerged sediment off the Isle of Wight, thought to provide evidence of trade between English hunter gatherers and more advanced Neolithic European farmers 8000 years ago. The new test, described in the journal eLife, shows the sample to be younger than a few hundreds of years old.

"Modern DNA can easily contaminate precious samples so it is crucial to build in assurances that historic DNA is authentic," says first author Clemens Weiß.

"Only then can these molecular treasures tell tales unravelling history," he says.

The researchers developed a method focused on biochemical changes that accumulate with age and that are specific to ancient DNA. These changes cause one specific building block, cytosine (C), to be misread as thymine (T).

The new method reliably tests whether DNA shows ancient or modern patterns of such C-to-T changes. Testing the British wheat sequences with this approach showed that their DNA damage pattern does not fit with what would be expected for ancient DNA.

"As more and more scientists enter the field of environmental and metagenomics ancient DNA research, it becomes increasingly important to set certain standards for evaluation and interpretation of the data", says lead author Hernán Burbano.

Handling and interpreting ancient DNA data is challenging. DNA, the storage place for genetic information, can survive the death of the organism from which it originates for centuries or even millennia. However, it still ages and decomposes. Old or ancient DNA is often fragmented and present in only tiny quantities. These remaining traces of DNA are easily lost when the sample is contaminated with modern DNA from the surroundings or from researchers handling samples.

Both the high risk of contamination and the low amounts of available data make it even more important to present positive evidence that the retrieved DNA is of ancient origin. The new computational method could be used to authenticate ancient DNA even when only minute amounts of DNA can be extracted. Scientists will still be able to check whether the damage pattern matches that expected for ancient DNA.

"Ancient DNA can allow us a glimpse into the evolution and ecology of both plant and animal species, sometimes also revealing details of human history," says Burbano.

"We hope our new method is one step towards sound and successful extraction and interpretation of these windows into the past."