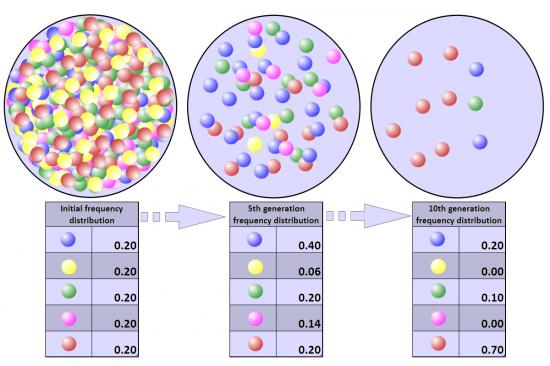 A new population genetics model developed by researchers at The University of Texas Health Science Center at Houston (UTHealth) School of Public Health could explain why the genetic composition of Finnish people is so different from that of other European populations. The results of the study were published in this month's issue of Nature Genetics.

UTHealth researchers discovered a previously unknown bottleneck that likely happened between 10,000 to 20,000 years ago in the Finnish population that did not occur in other European populations. A bottleneck is a period of time when the population size decrease significantly and then recovers. Bottlenecks can be explained by major events such as migration, environmental events, disease or war. Because there are fewer people left after a bottleneck, the population's offspring have fewer genetic differences, as is the case in Finland.

"Inferring human history from population size is an important question in population genetics. There are some methods out there to determine population size, but this new model can provide a more detailed picture," said Xiaoming Liu, Ph.D., lead author and assistant professor in the Department of Epidemiology, Human Genetics and Environmental Sciences at UTHealth School of Public Health.

In the past, researchers could either predefine a demographic model or try to be model-flexible when studying population genetics. The second model is better suited for exploratory analysis.

The new method is a form of model-flexible. Called the stairway plot, it models the frequency of single nucleotide polymorphisms (SNPs) in whole genome sequences of hundreds of individuals. SNPs are the most common and abundant DNA sequence variations in genomes. The researchers applied this model to a sample of thousands of genomes collected through the 1000 Genome Project.

The 1000 Genomes Project, established in 2008, is an international research effort to establish the most detailed catalog of human genetic variation. The project includes genetic samples from institutes around the world.

Researchers also confirmed a previously found bottleneck in the African population between 100,000 to 200,000 years ago. According to Liu and other genetic researchers, this bottleneck may be associated with the origin of the modern human. Experts are still speculating about the cause of the Finnish bottleneck.