New Kingdom Pharaohs did not have ankylosing spondylitis 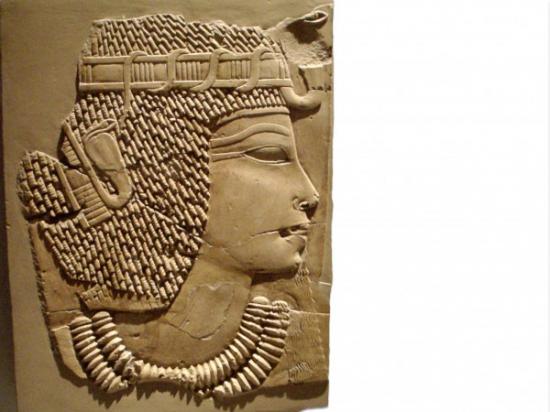 Four ancient Egyptian pharaohs, thought to have suffered from a disabling form of arthritis, may have been misdiagnosed. In a paper published online today in Arthritis & Rheumatology, researchers propose that Amenhotep III (portrayed in an ancient relief above) and three other pharaohs had an often asymptomatic form of arthritis known as diffuse idiopathic skeletal hyperostosis (DISH), rather than the more debilitating ankylosing spondylitis (AS) originally deduced from x-rays taken of their mummies in 1980. The new findings are based on an examination of more detailed CT scans of the mummies of 13 Egyptian pharaohs and queens who lived between 1492 and 1153 B.C.E. In today’s study, the researchers spotted no sign of the erosion of the sacroiliac joints or fused facet joints, which are hallmarks of AS. Instead, in the mummies of Amenhotep III and three other pharaohs, they detected all the standard criteria for DISH, including a distinctive pattern of ossification along the vertebral bodies. The average age at death of these four rulers was a relatively old 63 by ancient Egyptian standards, making a DISH diagnosis especially plausible: The disease is most common among people over the age of 40 and afflicts twice as many men as women. The symptoms of AS, by contrast, generally begin in early adulthood. Amenhotep III, who died at age 50, was likely little-bothered by DISH. He had no signs of spinal deformity or involvement of the disease in his cervical spine, suggesting that he was either asymptomatic or experienced only mild back stiffness when he got up in the morning.