Another historical church has been discovered underground during excavations in Turkey’s Cappadocia region, with experts saying the frescoes inside could change the history of Orthodoxy 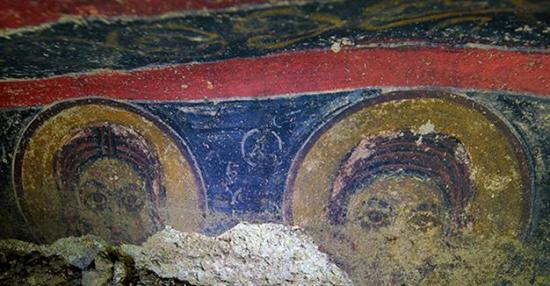 Yet another historical church has been unearthed in the Cappadocia region of Central Anatolia and experts are excited about its frescoes, which depict scenes hitherto unseen.

The church was uncovered by archeologists during excavation and cleaning work in an underground city discovered as part of the Nevşehir Castle Urban Transformation Project, implemented by the Nevşehir Municipality and Turkey’s Housing Development Administration (TOKI). 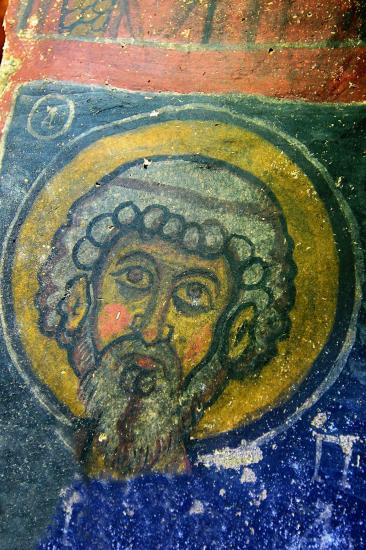 The rock-carved underground church is located within a castle in the center of Nevşehir that spreads over an area of 360,000 square meters, within a third-degree archaeological site that includes 11 neighborhoods in the city center.

Nevşehir Mayor Hasan Ünver said the frescoes in the church showed the rise of Jesus the Christ into the sky and the killing of the bad souls.

“We know that such frescoes have so far never been seen in any other church,” Ünver said, adding that preliminary studies show the church might date back to the 5th century A.D.

“This place is even bigger than the other historical churches in Cappadocia. It was built underground and has original frescoes that have survived to this day,” he said.

“We didn’t even think of finding such a structure when we first started works. But excavations and cleaning work are continuing and we hope to find new data relating to the history of Cappadocia,” the mayor said.

“It is reported that some of the frescoes here are unique. There are exciting depictions like fish falling from the hand of Jesus Christ, him rising up into the sky, and the bad souls being killed. When the church is completely revealed, Cappadocia could become an even bigger pilgrimage center of Orthodoxy,” Ünver added.

Most of the church is underground

Archaeologist Semih İstanbulluoğlu, who heads the works in the underground city and the church, said the thin walls of the church collapsed because of snow and rain but they would be fixed during restorations.

İstanbulluoğlu said the church was filled with earth and the pieces of frescoes had to be collected one by one.
“The structure was found a short time ago. The frescoes on the walls will return to their original look after restoration and cleaning work,” he added.

Fellow archaeologist Ali Aydın said only the roof of the church could be seen, so information about the height of the structure would only be understood after the cleaning work.

Aydın said the humidity in the church had to be dried up slowly in order to prevent the frescoes from losing their features.

“We have stopped work in order to protect the wall paintings and the church. When the weather gets warmer in the spring, we will wait for humidity to evaporate and then we will start removing the earth,” he said.

Aydın added that the side walls of the church were still underground and the frescoes there may still be intact.

“Only a few of the paintings have been revealed. Others will emerge when the earth is removed. There are important paintings in the front part of the church showing the crucifixion of Jesus and his ascension to heaven. There are also frescoes showing the apostles, the saints and other prophets Moses and Elyesa,” he said, adding that they had also found the real entrance of the church used in the past but had yet to expose it. 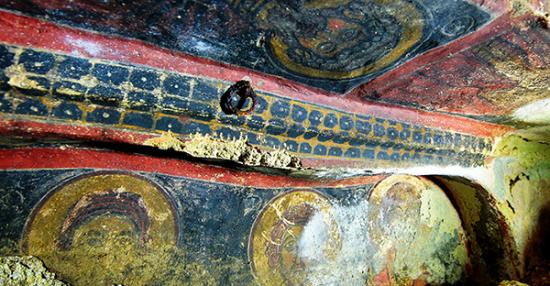