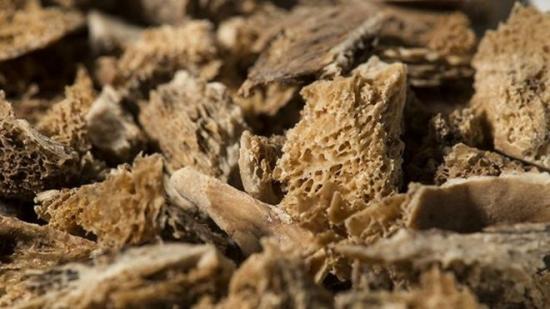 Researchers from Portugal are using a neutron beam to study the molecular changes that occur when bones burn.

The experiments, under way at the Isis facility in Oxfordshire, are aimed at solving a problem for archaeologists and forensic scientists.

When bones get hot they shrivel, making the age, sex and size of their original owner much more difficult to establish.

By bouncing neutrons off human bone samples, burned and unburned, the team hopes to get a fix on those changes.

"The problem... is that when a skeleton is subjected to high temperatures, like in a plane crash or a bushfire, the bones are altered by the fire. One of those alterations is a change in dimensions," said David Gonçalves, a bone specialist from the University of Coimbra.

"We're trying to see if those changes are quantifiable and if eventually, we can predict the amount of shrinkage - or sometimes there's even an increase in size. It's pretty random and we're failing to understand that process."

By probing how fire alters the crystal structure of bone, Dr Gonçalves and his collaborators hope to build a framework for scientists to adjust their methods - and get useful information from burned skeletons.

"Basically, it's to return burned bone to its original dimensions, and then it will be possible to apply metric references, as we conventionally do in unburned remains." 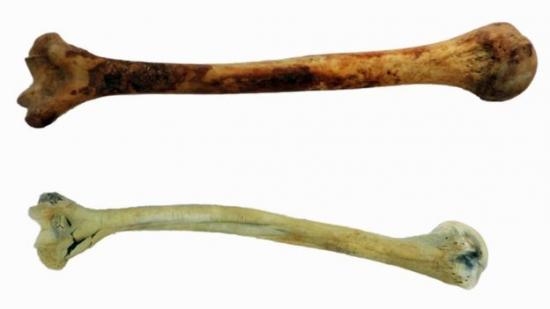 The research started after Dr Gonçalves discussed the burned-bone problem with a colleague in Coimbra, Maria Marques, who uses high-energy light and particle beams to study tiny biological structures.

She and Dr Gonçalves assembled a team and booked five days of experiments at Isis, which concluded on Sunday. They spoke to the BBC from the research site in Oxfordshire, which is run by the UK's Science and Technology Facilities Council (STFC).

"The reason neutrons are so helpful is that they allow us to see things that - [lasers and other light beams] do not allow us to," she said.

With precise measurements of how neutrons scatter after hitting a bone sample, Dr Marques and her colleagues can build up a picture of how atoms are arranged within that sample.

At Isis, the team hit its samples with multiple beams: a very bright stream of neutrons, as well as lasers and infrared light.

Those samples were powdered human bones: the femur and humerus from three different skeletons, which were given to the University of Coimbra for research purposes.

"They are human skeletons that are unclaimed from public cemeteries," Dr Gonçalves said.

The team is now beginning the process of analysing the data, but the scientists are excited by what they have seen so far.

"We are at present quite confident," Dr Marques said. "[The spectra] look very promising."

"Although we are still in a very early stage," Dr Gonçalves added. "The sample is still small. To develop any kind of method that is reliable and has statistically significant support, we need a larger sample.

"We still have a lot of work to do in the next few years."

Prof Phil Manning from the University of Manchester was visiting Isis for an unrelated project. He is not working with the Portuguese team but is an expert, in his words, at "hitting bone with extremely bright light".

He said that forensic scientists, along with researchers studying all sorts of bones, would watch the neutron beam research with interest.

"It's an astoundingly valuable contribution. I think the application of this might stretch beyond the archaeological record, even into the palaeontological record.

"Using neutrons, you can actually probe the atom in ways you can't do with light.

"This technique, if it can show the variation in the crystal lattice of the bone, and how it changes as a function of being burned... will have huge implications for our understanding of burial environments in the past. And maybe from other, less savoury events in our more recent past where human remains have been altered through various processes."