Archaeologists digging in central Israel have uncovered the remains of a prosperous rural town from the early Islamic period. They unearthed luxurious homes decorated with mosaics and arches, plastered water cisterns, and once-bustling oil presses and glass workshops from about a thousand years ago.

All of which most people will never get to see, as the area has already been handed over to developers, and the ruins will soon be covered or destroyed by the construction of a new logistics center for the nearby city of Modi’in.

The decision by the Israel Antiquities Authority to allow development on the site has caused consternation among some archaeologists and residents in Modi’in, who say regulators are too quick to greenlight projects even when important ancient remains have been found. The IAA counters that it must strike a balance between protecting antiquities and the needs of Israel’s economy; in this specific case, it says the excavation it conducted at the site documented and preserved knowledge of the early Islamic settlement. 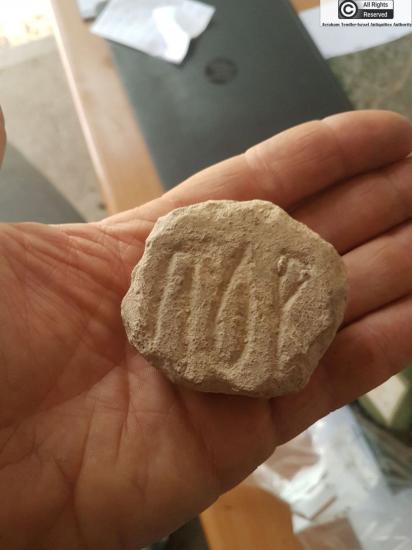 Fragment of a Greek inscription on marble found in the excavation of the early Islamic period town, Mod'in Shahar Krispin courtesy of the Israel Antiquities Authority

The remains, located on a hill known as Nebi Zechariah or Chorvat Zechariah, emerged in early 2018 during a salvage dig – an archaeological excavation that precedes all building projects in Israel that break new land. 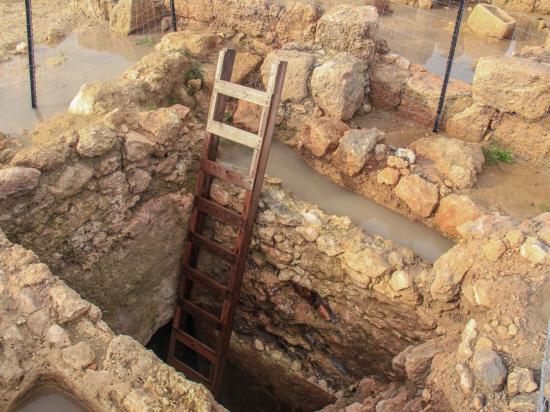 “In a salvage excavation, you never know what you are going to get,” says Avraham Tendler, the IAA archaeologist who led the dig. “I was expecting to find Hellenistic, Roman or Byzantine remains, so this [early Islamic town] was quite a surprise.”

Modi'in is a modern city built between Jerusalem and Tel Aviv as a commuter town. It does not purport to be a reincarnation of the ancient town of Modiin, the precise location of which has been lost to time.

Nebi Zechariah, located northwest of the modern city, is surrounded by archaeological treasures, lining the ancient road connecting Jaffa to Jerusalem which ran by the site. Previous finds nearby include a Byzantine monastery, caves used by hermit monks from the same era, and an ornate burial from Roman times.

In this case, the archaeologists unearthed dozens of buildings in a well-planned town dated to the 9th-11th centuries, when the Abbasid and Fatimid caliphates ruled the region. 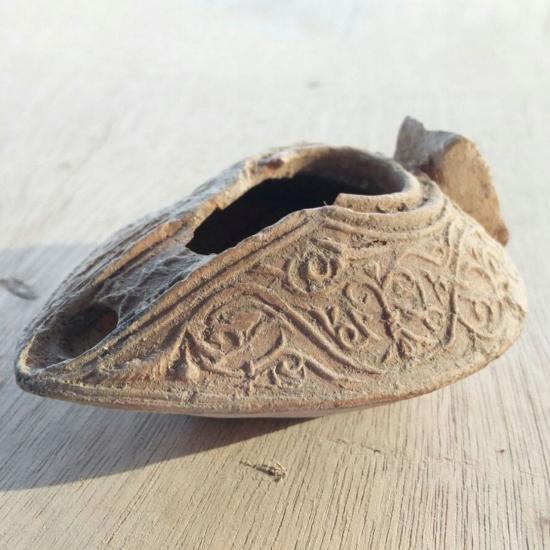 The find is unexpected because the area around the modern-day city of Modi’in was thought to have been sparsely populated during the early Islamic period, Tendler explains. The dig, which extended over around 4,000 square meters, uncovered only a part of what must have been a fairly large settlement, he adds.

Even more interestingly, Nebi Zechariah may have been home to both Christian and Muslim communities. The archaeologists found crosses chiseled into the stones of the town’s olive presses and fragmentary Greek inscriptions, the written language commonly used by Christians in the region.  In one of the homes they also found a clay pilgrimage token, a Christian souvenir that was probably brought back from Egypt, Tendler reports. 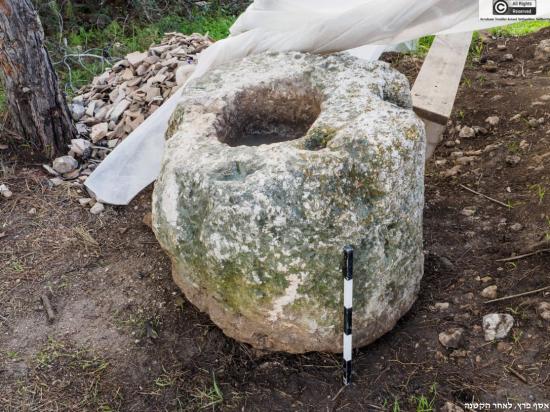 A screw weight with two incised crucifixes from one of the olive presses in the early Islamic period town, Modi'in Assaf Peretz courtesy of the Israel Antiquities Authority 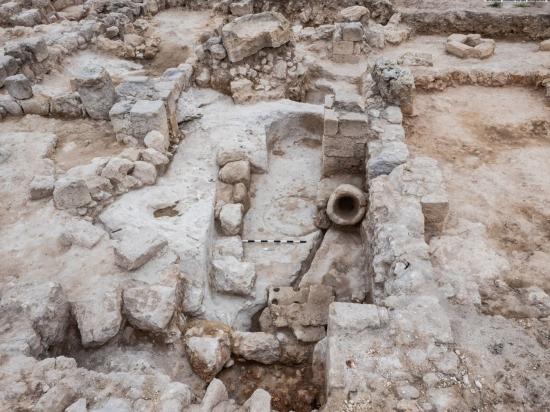 No signs of a church or mosque have been found, but there is enough evidence to suggest the town had a mixed religious identity.

The idea that Nebi Zechariah’s population may have been mainly Christian is consistent with what we know from the archaeological record and contemporary chroniclers, which tell us that, especially in the rural areas, Christian communities continued to exist well after the Islamic conquest of the Levant, Tendler says.