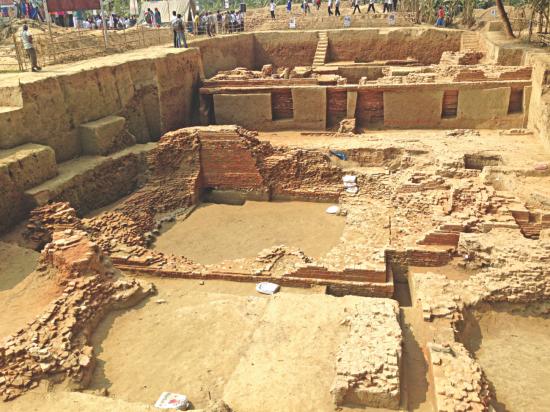 Agrashar Vikrampur Foundation in collaboration with Hunan Provincial Institute of Cultural Relics and Archaeology of China excavated this over 1,000-year-old Buddhist temple in Nateshwar in Munshiganj. The dig has so far revealed structures, terracotta motifs, and a road of the temple. Photo: Pinaki Roy

A joint team of archaeologists from Bangladesh and China has unearthed an ancient Buddhist temple with unique architectural features at Nateshwar of Tongibari upazila in Munshiganj.

They believe this discovery will offer interesting glimpses into the early life of Atish Dipankar, one of the most venerated Buddhist saint and scholar in Asia, who was born in this area over a thousand years ago. 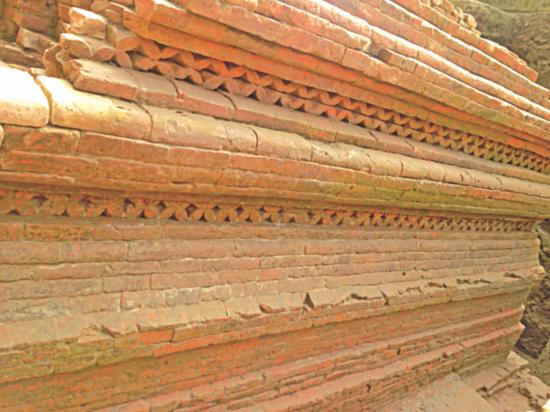 "This is one of the oldest archaeological sites in our country. We have collected a number of samples from here. After conducting carbon dating on them, we will be able to gather more information about the time when these structures were built," said Professor Sufi Mustafizur Rahman, research director of the project in the Nateswar area, at a press conference at the site yesterday.

The 50-day excavation, which was started in 2013 by Agrasar Vikrampur Foundation, has also dug up an octagonal stupa and a pair of stupas with a four-metre wide wall which are the first of their kinds in the history of the country's archaeological excavations, speakers said. 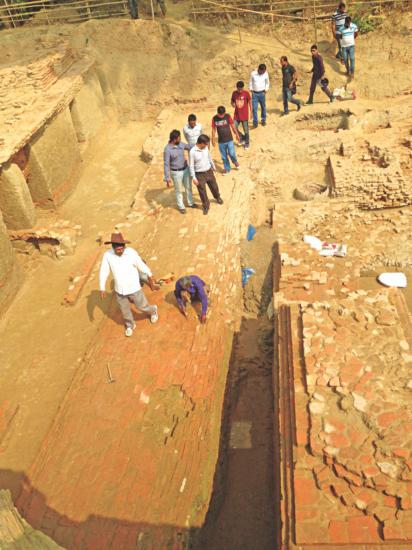 Discoveries of two roads and a 2.75-metre wide wall to the site's southeast side speak of a rich urban area of a bygone era. Besides, other important relics including ash pits and pottery items have also been recovered from the site, they added.

Although Atish Dipankar rose to fame early in his life and traveled to Tibet in his later years where he gradually had become the second most revered Buddhist saint in the world, very little is known about his life and education in this area.

Archaeologists from both the countries expressed hope that these finds would reveal many hitherto unrevealed sides of the saint's life as well as shedding light on the advent and decline of Buddhism in this region.

"This area could turn out to be a pilgrimage centre of Buddhism," said Nuh Alam Lenin, director of the excavation project.

"Touching the soils and walls here, my hands have felt Atish Dipankar's birthplace that had remained in his memories till his last days in Tibet. Here I can feel the religious reformation in Buddhism that had taken place from the tenth to the 12th century," said Professor Chai Hunabo, head of the archaeologist team from China. 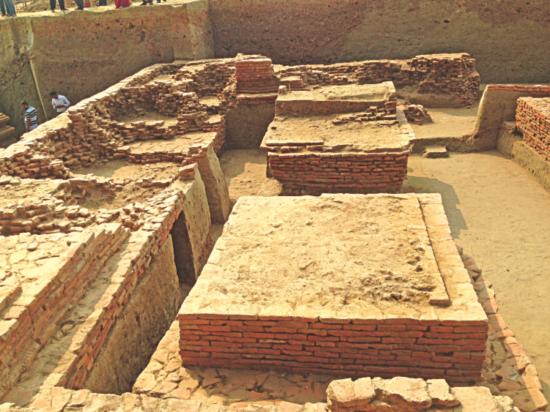