Nashville (USA): New clues to the lives of Grassmere slaves

Archaeology has come a long way from carbon dating, and a new analysis by a Vanderbilt professor shows how much chemistry can tell us about people who lived long ago.

Tiffiny Tung, associate professor of anthropology, now has a pretty good idea where seven of the individuals interred in the slave cemetery at the former Grassmere Plantation—now the Nashville Zoo—grew up and what they ate. 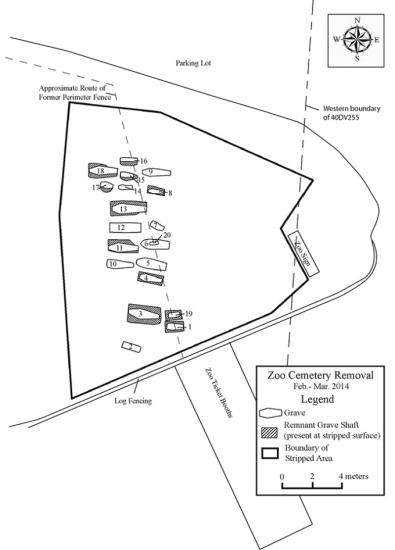 Tung used the ratios of two oxygen isotopes to identify where the water the individuals drank came from. This will allow her to determine whether they were born and raised in Nashville or if they were purchased at a distant slave market or recently brought over from West Africa. Tung is also examining carbon isotope ratios from the burials in order to reconstruct their diets.

Isotopes are variations within an element, and every geographic location has a distinctive ratio of isotopes in its environment. Those isotope ratios remain stable as they pass from the environment into the food chain, and ultimately into the people buried at Grassmere.

Specifically, the teeth tell the story of their childhood. Isotopes from a person’s childhood diet remain detectable in the tooth enamel after death, allowing archaeologists to approximate where an individual grew up. With the assistance of Larisa DeSantis, assistant professor of Earth and environmental sciences, Tung sampled the teeth of the individuals and analyzed the ratios of carbon 13 to carbon 12 and oxygen 18 to oxygen 16. She then compared those ratios to samples collected, with the assistance of Jessica Oster, assistant professor of Earth and environmental sciences, at Grassmere.

If the isotopes found in the teeth matched those found at Grassmere, it meant the individuals Tung analyzed grew up in Nashville. If it didn’t, it meant they were forcibly relocated to Grassmere after childhood. A separate analysis of the carbon isotopes also revealed how much corn the individuals ate relative to other grains.

Tung will present her findings at the Nashville Zoo on Tuesday, Jan. 27, at 6:30 p.m. at the Croft Center. MTSU archaeologist Shannon Hodges, who analyzed the adult skeletons, will also give a presentation on her findings. The program is free and open to the public. More information is available at the Nashville Zoo’s public program webpage.