Nara (Japon): Remnants of 5th-century building where foreigners may have met 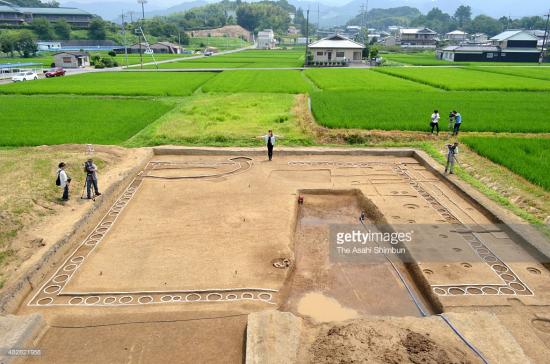 The remnants believed to be of an "o-kabe" structure in Takatori, Nara Prefecture. The white holes surrounding the square are where poles had been placed. (Kazuto Tsukamoto)

Large remnants of an ancient structure that may have served as a meeting place for foreigners more than 1,500 years ago have been excavated here, the town board of education announced July 30.

The remains are of an “o-kabe” (large wall) structure from the late fifth century, which was built using a construction method introduced from the Korean Peninsula, officials said.

An archaeologist said the building could have served as a meeting spot for migrants from the Korean Peninsula and China.

“I believe the structure served as part of a settlement of foreigners, who settled in Japan and introduced document administration and foreign policy,” said Kanekatsu Inokuma, professor emeritus of archaeology at Kyoto Tachibana University.

While remnants of o-kabe structures have been found in many locations in Nara and Shiga prefectures, the latest find, located in the Mori Ochi Osa Remains in Takatori, is one of the largest in Japan, with each side measuring 13.5 meters. 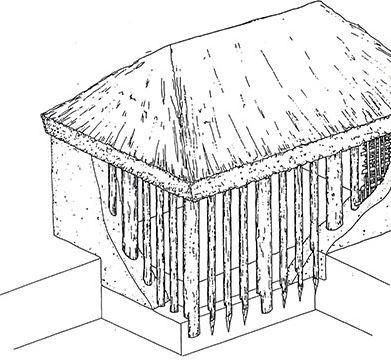 Poles 20 centimeters in diameter were built in a 50-cm-wide and 35-cm-deep ditch at 50-cm intervals, where the walls were built from the poles covered in mud and painted, the officials said.

Also found under the floor were an apparent fire port and smoke pipe of an "ondol," a Korean method of floor heating.

The site of the latest discovery is believed to have been a settlement of the Yamato no Ayauji clan, a group of immigrants from the Korean Peninsula.

The remnants of about 40 o-kabe structures have been confirmed in Takatori alone.

“Nihon Shoki” (The Chronicles of Japan), compiled in 720, describes two migrant officials serving Emperor Yuryaku in the late fifth century, Musano Suguri Ao and Hinokuma no Tami no Tsukai Hakatoko. The pair went to Wu in ancient China and brought back intellectuals with them.

Such people might have intermingled in the meeting center of the foreigners' town, Inokuma said.