A research team has discovered what may be the oldest astrologer's board, engraved with zodiac signs and used to determine a person's horoscope.

Dating back more than 2,000 years, the board was discovered in Croatia, in a cave overlooking the Adriatic Sea.

The surviving portion of the board consists of 30 ivory fragments engraved with signs of the zodiac. Researchers spent years digging them up and putting them back together. Inscribed in a Greco-Roman style, they include images of Cancer, Gemini and Pisces. 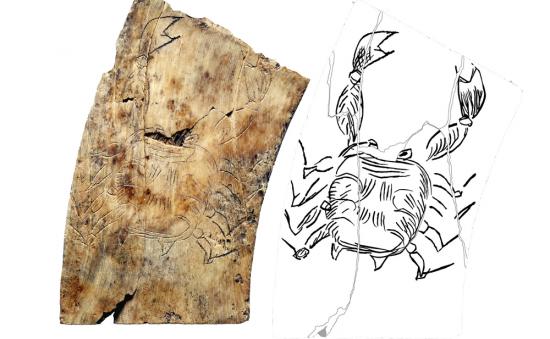 Cancer -  Credit: Staso Forenbaher  - One of the reconstructed ivory plaques shows Cancer the crab. It is almost completely preserved. Each plaque covers an arc 28 degrees, is 30 mm wide, 55 mm long on the outside and about 40 mm long on the inside. 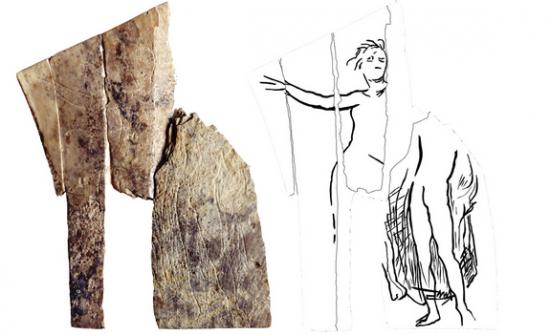 Gemini - Credit: Staso Forenbaher  - This plaque depicts two figures, apparently male, standing next to each other - a representation of Gemini.

Pisces - Credit: Staso Forenbaher - This plaque preserves the image of two fishes, a representation of Pisces.

Sagittarius - Credit: Staso Forenbaher - This image shows a running or jumping animal, it is believed to be Sagittarius 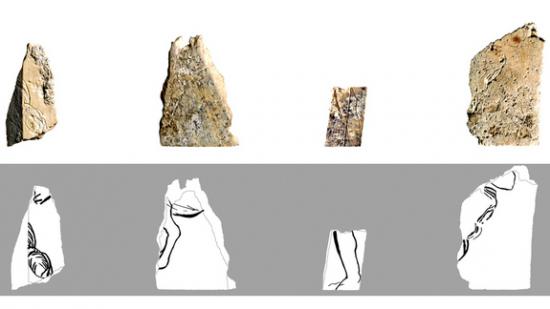 Unknown Pieces - Credit: Staso Forenbaher  - These images are too fragmentary to be assigned to a specific part of the zodiac. Second from left appears to show the leg of an animal while second from right shows an apparently human leg. 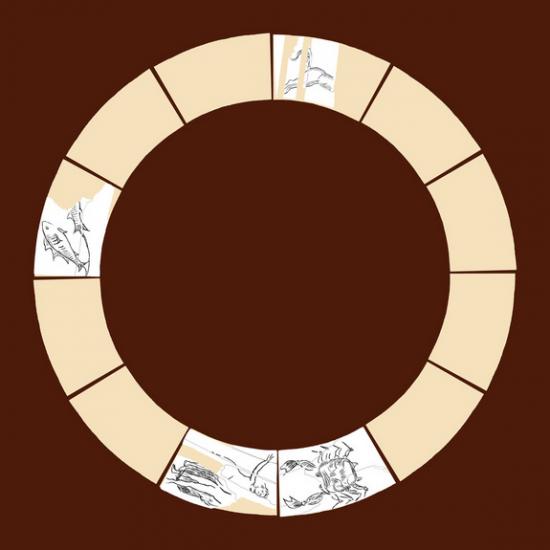 Zodiac Construction - Credit: Staso Forenbaher - These ivory plaques are what remains of an astrologer's board that dates back more than 2,000 years. The ivory would have been attached to a flat surface (possibly wooden). It may have had other elements that have not survived. This astrologer's board appears to be the earliest example so far discovered.

The board fragments were discovered next to a phallic-shaped stalagmite amid thousands of pieces of ancient Hellenistic (Greek style) drinking vessels.

An ancient astrologer, trying to determine a person's horoscope, could have used the board to show the position of the planets, sun and moon at the time the person was born.

"What he would show the client would be where each planet is, where the sun is, where the moon is and what are the points on the zodiac that were rising and setting on the horizon at the moment of birth," said Alexander Jones, a professor at the Institute for the Study of the Ancient World at New York University.

Jones and StašoForenbaher, a researcher with the Institute for Anthropological Research in Zagreb, reported the discovery in the most recent edition of the Journal for the History of Astronomy.