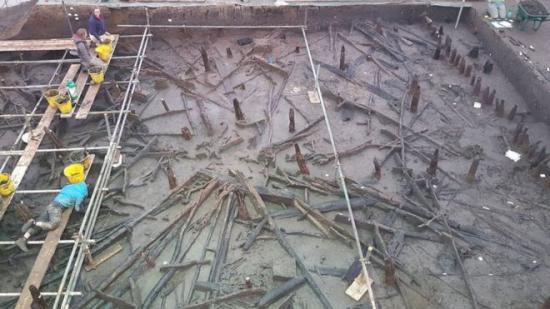 Archaeologists worked on a wooden platform as they uncovered the houses

The cause of a fire that destroyed a prehistoric settlement dubbed Britain's "Pompeii" was unlikely ever to be known, a forensic archaeologist said.

A "dramatic" blaze ripped through the roundhouses about 3,000 years ago at Must Farm quarry in Cambridgeshire.

But Dr Karl Harrison, who has been brought in to investigate the cause, said a definitive explanation was unlikely to be established.

The Whittlesey site has been described as the "best-preserved Bronze Age dwellings ever found" in the country.

Dr Harrison said char patterns suggested the fire started within one of the houses and could "assist " in building up a picture of what the site would have looked like. 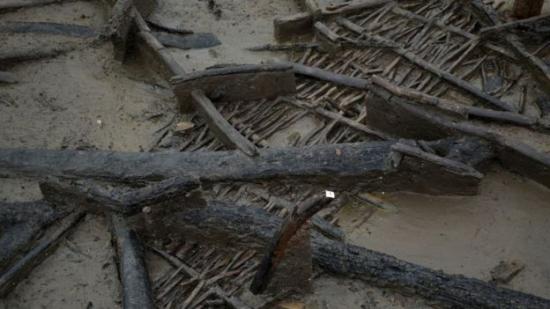 The forensic archaeologist, from Cranfield University's Wiltshire campus, specialises in the archaeology of fires within structures.

"Must Farm gives us a particularly dramatic burnt building to look at," he said.

"Normally when we get an opportunity to study prehistoric fires it's because they're preserved in mud brick buildings in the Near East, not in Cambridgeshire - so having this material preserved is absolutely incredible."

Dr Harrison is working closely with wood specialist Mike Bamforth, seen here examining the base of a bucket found inside one of the houses 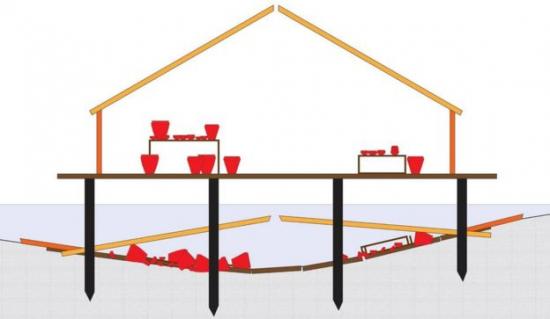 The diagram shows a roundhouse before and after the fire which caused the roof and walls to collapse, preserving the contents inside

Evidence suggests the fire probably started within the largest roundhouse, but the cause is likely to remain unknown.

"It could have been a deliberate fire to clear the site for a new house, or set as a ritual closure of a site, perhaps if the family died," Dr Harrison said.

However, as many of the contents were still inside, he said: "It's looks like they just ran out the door - but that might not tell the whole story."