MU 125 (USA): ancient Puebloans and the myth of maize 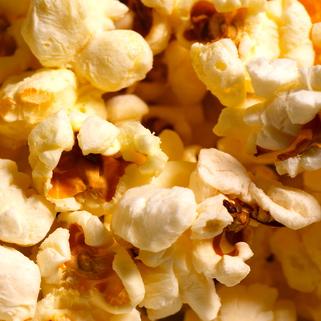 Research from the University of Cincinnati shows that perhaps the ancient Puebloans weren't as into the maize craze as once thought.

Nikki Berkebile, a graduate student in anthropology in UC's McMicken College of Arts & Sciences, has been studying the subsistence habits of Puebloans, or Anasazi, who lived on the southern rim of the Grand Canyon in the late 11th century. Traditional ethnographic literature indicates these ancient American Indians were heavily dependent on maize as a food source, but Berkebile isn't so sure about that.

"I'm trying to assess sustainable subsistence strategies within the time period of the site," Berkebile says. "I'm not trying to bash anyone who says maize is not on the table, because I have maize in my samples. I'm just saying maize is not as important as once thought."

Berkebile will present her research, "Investigating Subsistence Diversity in the Upper Basin: New Archaeobotanical Analysis at MU 125," at the 78th annual meeting of the Society for American Archaeology (SAA), held April 3-7 in Honolulu. More than 3,000 scientists from around the world attend the event to learn about research covering a broad range of topics and time periods.

The MU 125 archaeological site in northern Arizona features a multi-room masonry structure occupied by the ancient Puebloans from 1070-1090. Berkebile looks for ancient plant remains inside soil samples excavated from the site. She uses a "flotation" technique to reveal the secrets hidden within the ancient earth. By dropping the soil into water-filled buckets and swirling them just right, the lightweight bits of plants will rise to the water's surface, allowing them to be skimmed off. Berkebile analyzes and catalogs those often tiny plant fragments with help from a small team of fellow graduate and undergraduate students.

What she's found so far suggests the Puebloans of MU 125 dined on much more than just maize. Berkebile has uncovered many examples of other plant life the Puebloans might have used as a food source such as purslane, pinyon nut, juniper berries, globemallow and even cactus. The diverse amount of wild resources combined with the area's scarcity of water and seasonal climate – prone to periods of drought and frost – makes Berkebile think the Puebloans had to rely on more than maize to survive.

"If you think about the climate of the Upper Basin, there's only 145 frost-free days in which you could grow maize," Berkebile says. "What are you going to do for those months when you don't have anything?"

Berkebile thinks it's likely the Puebloans lived at the MU 125 site year-round and to do so they would have needed to develop sustainable agricultural methods that complemented their maize crops. She uses the plant samples she's found at the site to assess the Puebloans' agricultural strategy. Her research splits the strategy into three categories:

Berkebile hopes her research can be a game-changer in how archaeologists perceive ancient cultures' reliance on maize, and also a mind-changer in the way modern society views its environmental resources. She thinks there are aspects of the Puebloans' intercropping strategies and implementation of wild resources that could be adapted to a modern context. More importantly, she thinks how Puebloans thought about food is an important lesson for today.

"We think that we can just go to the grocery store any time and get whatever we want," Berkebile says. "To the ancient Puebloans, it was all about seasonal availability. And if we have a mind-set that we can have certain foods when they are in season, the process becomes a lot more sustainable."

Additional contributors to Berkebile's research paper were assistant professor Susan Allen and professor Alan Sullivan. Berkebile received funding for her research and SAA presentation from the Arizona Archaeological and Historical Society and UC's Charles Phelps Taft Research Center and the Anthropology Department in the McMicken College of Arts & Sciences.