Mound City is a set of at least 25 burial mounds surrounded by a roughly rectangular earthen embankment.

Located in Chillicothe, it is one of the most spectacular sites of the Hopewell culture, circa 100 B.C. to A.D. 400, and is the main attraction of Hopewell Culture National Historical Park. 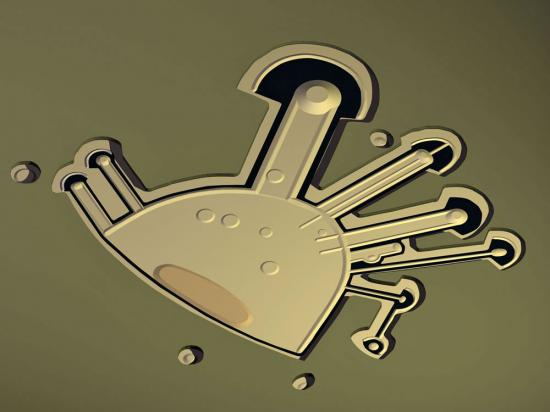 Mound City was explored by two of Ohio’s first archaeologists. Their results were featured in the first publication of the Smithsonian Institution.

Subsequently, a farmer plowed the land for 60 years, reducing the height of the largest mound by more than 60 percent. In 1917, the U.S. Army built a training camp over the site. The plan was to demolish the mounds, but Henry Shetrone, then the curator of archaeology for the Ohio Historical Society, persuaded the Army to preserve the largest mound. After World War I, the army abandoned the camp, and Shetrone directed salvage excavations at the site. He restored 23 of the mounds. In 1923, the site became a national park.

Between 1963 and 1975, James Brown, now a professor at Northwestern University in Evanston, Ill., and the late Raymond Baby, then curator of archaeology at the Ohio Historical Society, conducted a series of archaeological investigations to see what still could be learned from the site. The results of that work are important to our understanding of Mound City and the Hopewell culture, but contrary to Michael Faraday’s trenchant advice for scientists to “work, finish, publish,” neither Brown nor Baby ever produced a final report — until now.

The Midwest Archeological Center has just published Brown’s report, which is filled with insights into this amazing site. One of Brown’s most important contributions is the demonstration that, even though Mound City had been ravaged by farming, a military base and at least two generations of archaeological digs, much remained to be discovered:

“Rather than having been sucked dry of anything useful, the site yielded a wealth of information, including untouched burials, features and portions of above-grade earthworks.”

Brown concludes that there were three distinct episodes of Hopewellian ritual activity at Mound City. The earliest included the ceremonial destruction of a large number of wonderfully carved effigy pipes found buried beneath Mound 8. The next episode is represented by the “flashy” offerings of copper and obsidian artifacts found in Mounds 7, 10 and 13. Brown considers this to be “Classic Hopewell.” During the final episode, the architect-priests built the rectangular embankment that surrounds this unprecedented concentration of mounds.

Mound City continued to be used as a burial site into the Late Woodland period, circa A.D. 400-1000. Several people from this era were buried in the uppermost portions of some of the mounds.

Chillicothe is famous for being Ohio’s first capital. Based on the profusion of mounds at Mound City and the numerous other mounds and enclosures in the surrounding valley, I think it was Ohio’s capital long before 1803.

Thanks to James Brown and the Midwest Archeological Center, we now have a better understanding of these pivotal centuries in Ohio’s unwritten history.