A toothy Mayan skull, made of limestone and in the shape of a monkey head, is set to go on display at a Maya exhibition at the Royal Ontario Museum in Toronto Canada. 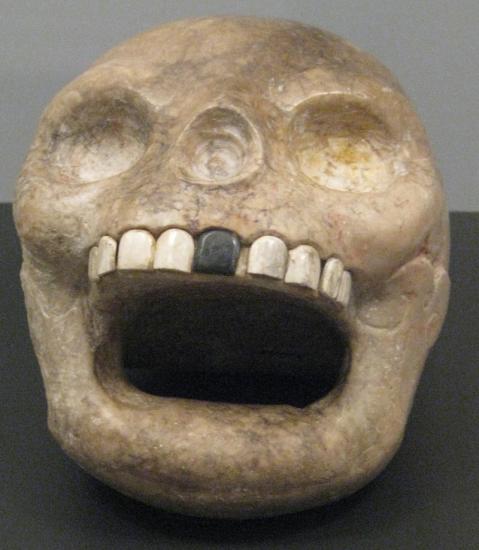