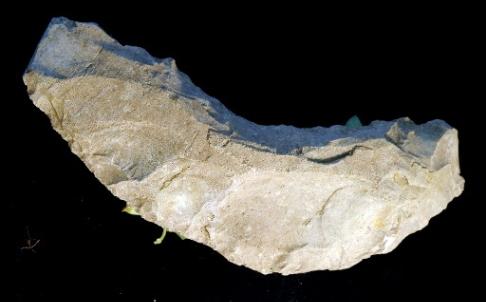 The stone tools found in Mount Modao may be similar to these artefacts between 35,000 and 39,000 years old discovered at the Wong Tei Tung site in Sai Kung. Photo: SCMP Pictures

Tools discovered by archaeologists in Guangdong indicate that the apemen who used them could be earlier than Peking Man, one of the earliest human ancestors in China.

Archaeologists working in Mount Modao have uncovered more than 350 artefacts, which they believe date to the early phase of the Stone Age, the Southern Metropolis Daily reported.

“It’s the first time so many artefacts in Guangdong, which are similar to [artefacts of] Peking Man, have been discovered. There is a high possibility that they are older than Peking Man,” Xia Zhengkai, professor at Peking University, told the newspaper.

All the artefacts are stone tools, mostly axes and pickaxes, which experts believe were used by the apemen.

The tools were unearthed after three months of work. Archaeologists from around the country arrived in Guangdong on Wednesday to join discussions on the artefacts.

Archaeologists and anthropologists have yet to decide in what period the Guangdong apemen lived. But an archaeologist from Hunan said it’s possible they lived 700,000 to 800,000 years ago. But archaeologists haven’t yet found any fossils of the apemen, which makes further discussions about early human ancestors in Guangdong difficult – such as what they looked like.

It’s the first discovery of artefacts dating to the early Stone Age in Guangdong. These artefacts serve as stratigraphic evidence of early human activity. Wang Youping, leader of the excavation team at Mount Modao, said the apemen who lived there are ancestors of modern-day Guangdong people.

Peking Man, known from fossils found at Zhoukoudian near Beijing, was identified as a member of the human lineage in 1927. The fossils date from about 770,000 to 230,000 years ago, according to Encyclopaedia Britannica.