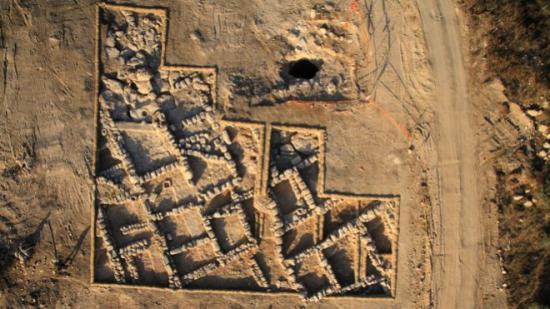 An aerial view of the 2300-year-old village discovered outside Jerusalem.  Photo credit: Skyview, courtesy of the Israel Antiquities Authority

Following the find, the Israel Antiquities Authority and Israel Natural Gas Lines have changed engineering plans for construction of a natural gas line,
enabling the archaeological site to be preserved for the public

The remnants of a rural settlement that was occupied for approximately two centuries during the Second Temple Period were uncovered in August 2013 – January 2014 near the 'Burma Road' (not far from Mitzpe Harel). The find was made during an Israel Antiquities Authority archaeological salvage excavation, before the start of work on a natural gas pipeline to Jerusalem as part of a national project directed by Israel Natural Gas Lines (INGL). 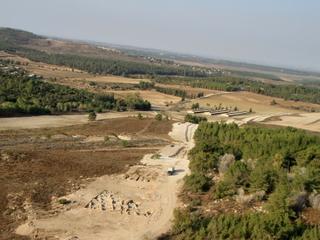 Aerial photographs. Photo credit: Skyview, courtesy of the Israel Antiquities Authority
In June 2013, Israel Natural Gas Lines began construction of the 35km-long project, which runs from the coastal plain to the outskirts of Jerusalem. In light of the finds, the Israel Antiquities Authority and the INGL have agreed that engineering plans for the gas line are to be revised, bypassing the site and preserving it as an accessible archaeological site beside the Burma Road.
The excavations, which covered about 750 square meters, revealed a small rural settlement with a few stone houses and a network of narrow alleys. Each building, which probably housed a single nuclear family, consisted of several rooms and an open courtyard. According to Irina Zilberbod, excavation director on behalf of the Antiquities Authority, "The rooms generally served as residential and storage rooms, while domestic tasks were carried out in the courtyards".
The site, whose name has not survived, is nestled at the top of a spur 280 meters above sea level, with commanding views of the surrounding countryside. These large tracts of land were used as they are today to cultivate orchards and vineyards, which were the economic mainstay of the region’s early settlers.
The excavations have shown that the site reached the height of its development in the Hellenistic period (during the third century BCE), when Judea was ruled by the Seleucid monarchy following Alexander the Great, and that it was abandoned at the end of the Hasmonean dynasty.
It is not known why the site was abandoned, but it is probably related to economic problems and not to a violent incident. As Jerusalem Regional Archaeologist Dr. Yuval Baruch explains, "The phenomenon of villages and farms being abandoned at the end of the Hasmonean dynasty or the beginning of Herod the Great's succeeding rule is one that we are familiar with from many rural sites in Judea, and it may be related to Herod's massive building projects in Jerusalem, particularly the construction of the Temple Mount, and the mass migration of villagers to the capital to work on these projects."
The excavations yielded numerous and varied finds from all occupation periods, including basalt and limestone grinding and milling tools for domestic use, pottery cooking pots, jars for storing liquids (oil and wine,) pottery oil lamps for domestic use, and over sixty coins, including coins from the reigns of the Seleucid King Antiochus III and the Hasmonean King Alexander Jannaeus. 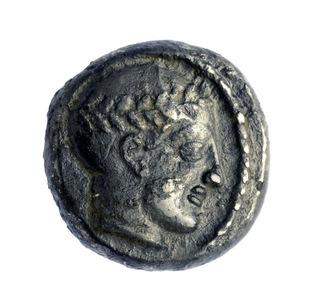