The Minoan language known as “Linear A” may finally be deciphered with the help of the internet, which can be used to uncover previously-hidden links to the much-better understood Linear B language, which developed later in the prehistoric period.

The puzzle of Linear A has tormented linguists for many decades, as they attempted to link it somehow to Linear B, which was translated successfully for the first time in the 1950s. Linear B was used on the Greek mainland and Crete 50-150 years later than Linear A. 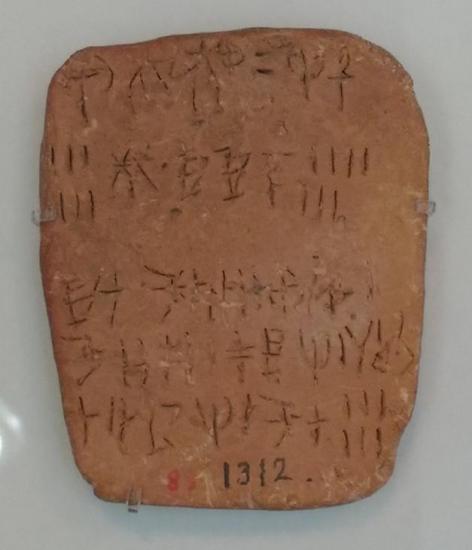 Understanding the link between them and decoding the secrets of Linear A would allow experts to paint a much more complete picture of Minoan civilization going back as far as 1,800 BC.

Linear A, which was used by the Minoans during the Bronze Age, exists on at least 1,400 known inscriptions made on clay tablets. The language has baffled the world’s top archaeologists and linguistic experts for many years.

A translation of a Linear B tablet by Dr. Ester Salgarella. Photo courtesy of Dr. Salgarella.

But thanks to the pioneering work of Dr. Ester Salgarella, a Junior Research Fellow in Classics at St John’s College, Cambridge, understanding the Minoans’ most ancient language, used during the period of their civilization’s highest flourishing, may be at hand. One of the hand-drawn tablets from the SigLA database featuring different Linear A signs. Dr. Salgarella created an interactive webpage featuring this tablet, in which the user can discover the meanings of the syllabaries. Credit: Dr. Ester Salgarella, Cambridge University

Her research breakthrough, which has been hailed as “an extraordinary piece of detective work,” could provide the key for linguists to unlock the secrets of the Minoan language – and learn more about its society and culture. The linguist spoke about her groundbreaking research in an exclusive interview with Greek Reporter.

Dr. Salgarella explains that, perhaps most astonishingly, the internet itself may be the key that unlocks the link between the languages.

Linear A symbols incised on a jug, found in Akrotiri, Santorini. Credit: Wikipedia

The Minoans were a Bronze Age civilization based on Crete and other islands in the Aegean Sea. Named after the legendary King Minos, this lost civilization was one of Europe’s first urban societies.

Ruled from vast palaces, its people were accomplished artists and maritime traders, but their civilization fell into decline after a devastating volcanic eruption on the nearby island of Thera (modern-day Santorini).

Taking an interdisciplinary approach using evidence from linguistics, inscriptions, archaeology and paleography (the study of the handwriting of ancient writing), Dr. Salgarella examined the two scripts.

To compare them more easily, she created an online resource of individual signs and inscriptions called “SigLA – The Signs of Linear A: A paleographic Database.” She explains: “At the moment there is a lot of confusion about Linear A. We don’t really know how many signs are to be taken as core signs; there’s even been a partial misclassification of signs in the past.

Linear A incised on tablets found in Akrotiri, on the Greek island of Santorini. Credit: Wikipedia