Mian Khan (Pakistan): Relics dating back to 190 BC unearthed 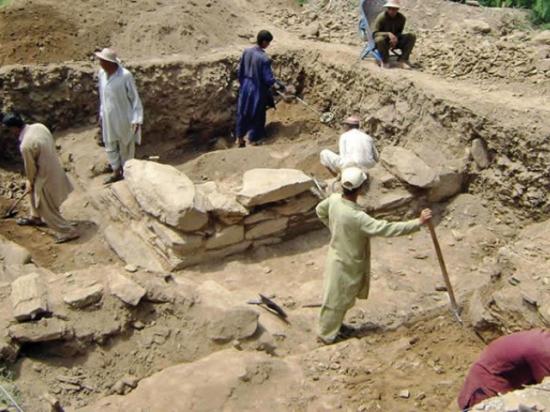 A team of archaeologists from Abdul Wali Khan University Mardan (AWKUM) has identified an excavation site in Mian Khan village, Katlang with the aim to put the area on the world’s archaeological map.

During the month-long excavation which began on May 2, a number of relics dating back to 190 BC have been discovered, contributing significantly to the archaeological profile of the district. 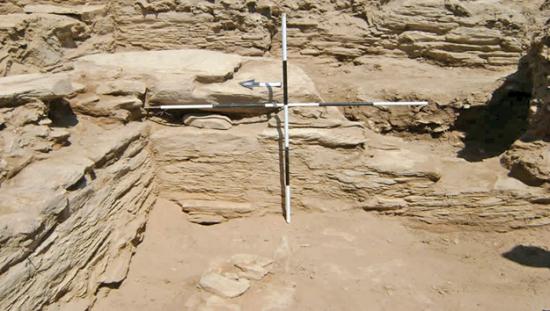 Mardan was a part of the ancient Gandhara civilisation which flourished in valleys around the Swat and Kabul rivers and the Potohar Plateau. It is home to several famous archaeological sites in the world, including Takht Bhai, Jamal Garhi and Sawaldher.

Since the Gandhara civilisation is known as the cradle of Buddhism, Mardan is also peppered with a large number of Buddhist stupas. Remnants of the mighty civilisation which died out thousands of years ago still exist in Taxila, Swat, Peshawar as well as north-eastern Afghanistan.

Renowned archaeologist, Dr Ihsan Ali, the vice-chancellor of AWKUM, is overseeing the excavation in Koi Tangay Kandaray area of the village.

“This excavation will help develop the cultural and archaeological profile of the area and will unearth centuries-old archaeological treasures,” Dr Ali told The Express Tribune. “It will further open paths for archaeologists to investigate through material evidence,” he added.

According to Dr Ali, the relics discovered from the excavation site will be displayed at the museum in AWKUM. The recently-constructed museum does not have enough archaeological finds in its display cases at present.

According to the university’s website, in the first week of excavation, a grid measuring 34×66 meters was demarcated for the dig, and a total of 45 trenches were marked, each measuring 6×6 metres. 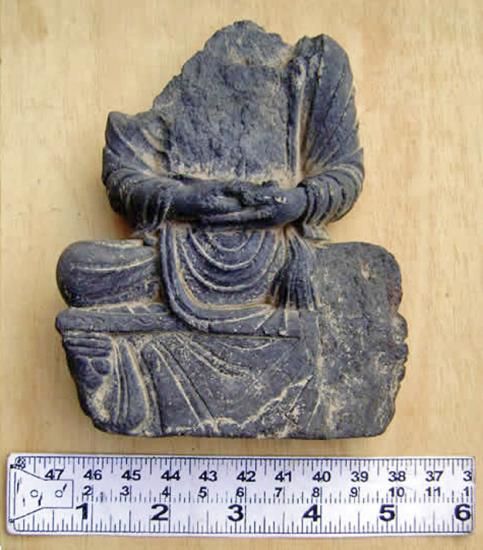 Excavation was initiated from ‘trench two’ where illegal excavation had already been done in about 3×4 meters and the structures were exposed.

The excavated items and site show that the region was under the rule of Indo-Greek kings around 190 BC, said the VC.  Dr Ali’s team further plans to dig deeper in trench two and also begin excavation in surrounding areas, where a Buddhist stupa and monastic settlement are said to have been established a long time ago.

“The ongoing excavation and its findings will lead to encouraging results that will not only benefit the students of archaeology but students of science and various other fields as well,” said Abidur Rehman, the field director.

Mian Khan village is very well known to the world in terms of archaeological and historical importance, said Rehman. “In 1962, the late Professor Ahmad Hassan Dani’s excavations at Sanghao area of the village revealed the earliest evidence of human settlement dating 40,000 years back, in the region now known as Khyber-Pakhtunkhwa,” he added. 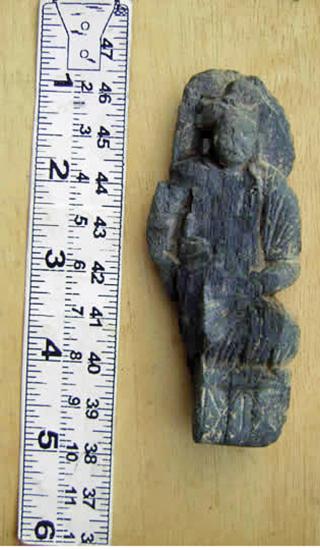 “This means that this village is the oldest village in the province,” Rehman explained.

The team member further said the excavation would continue for a couple of months and they were encouraging scholars, students and researchers to work with them on the site and gain field experience.