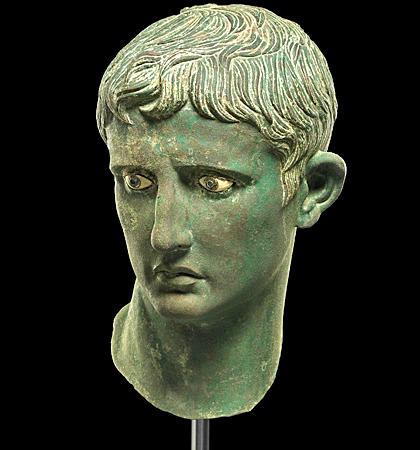 The Meroë Head of Augustus, Bronze head from an over-life-sized statue of Augustus, likely made in Africa, Egypt (circa 27BC - 25BC). Excavated Africa, Sudan, 1910 © The Trustees of the British Museum

It was one of the treasures selected for the British Museum’s A History of the World in 100 Objects as the fix-gazed, sole bronze portrait of the Roman emperor Augustus to survive with its original inlaid eyes.

But the Merӧe Head, which has just gone on show in a display telling the story of its violent fate in Egypt almost 2,000 years ago, was once the subject of crushing humiliation rather than hushed admiration from its public. 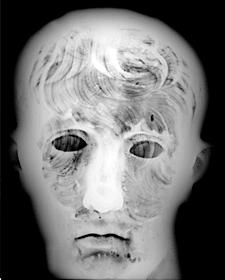 Curators found clues courtesy of the Greek historian, Strabo, who wrote about a Merӧite army, led by King Teriteqas and the one-eyed queen Amanirenas to raid the Roman garrisons at Syene, Elephantina and Philae, in southern Egypt, in AD 25.

Enslaving residents and attacking landmarks, they decapitated Augustus’ statue and buried his head in the doorway to a building which served as a victory monument, allowing visitors to trample on the Emperor each time they entered the doors.

“Ironically, it was this act of desecration that ultimately preserved Augustus’ portrait for future generations to appreciate,” says David Francis, an Interpretation Officer at the museum, describing a prized trophy excavated in Sudan in 1910 by a team working under the guidance of Professor John Garstang, of Liverpool University.

“Garstang and his fellow archaeologists found the head buried in the doorway to a building which was located outside of the main city.

“The building was decorated with frescoes showing the king and queen enthroned, while a line of bound, kneeling slaves are presented to them.
“Some of these slaves have the distinctive helmets and tunics of Roman soldiers. It was therefore thought that the building may have been a victory monument or a temple.

“In burying the head, the Merӧites ensured that everyone who entered the building would trample this image of the emperor Augustus beneath their feet – ritually perpetuating the Merӧite victory over the Romans.”

Francis believes the act is comparable to the demolition of the Firdos statue by American troops during the Iraq War of 2003, toppling the figure of Saddam Hussein in one of the most vivid symbols of the invasion. A portrait of then-US President George W Bush was moved into the Al-Rashid hotel in Baghdad.

“All visitors to the hotel, particularly Western politicians and businessmen who used to stay there, were forced ritually to trample the face of the leader of the biggest power in the West – just as the Merӧites did with the face of Augustus outside their victory shrine 2,000 years earlier,” explains Francis.

“Contemporary acts of statue decapitation have the advantage over the Merӧites in having mass media to spread their message.

"Initially, a former Iraqi champion power-lifter attacked the huge statue with a sledgehammer, but was only able to break off a few chunks of concrete.

“American troops then intervened, toppling the statue with the aid of rope and a tank. Once on the ground, the head of Saddam was beaten with shoes and eventually wrenched from the statue’s body.

“The toppling was presented as a spontaneous event symbolising the fall of Saddam’s regime by the newly liberated Iraqis. However, it was in fact carefully planned by the US military and broadcast on news bulletins worldwide.”

Most bronze statues from the Roman world were melted for their valuable metal. Merӧe, where the unintentionally preserved head surfaced, was the capital of Kush, a powerful African kingdom rivalling Egypt for control of the region after 1070 BC.

The head is described as “mesmerising”, with its green and black glass plate eyes encircled by small copper rings in wedge-shaped, highly polished limestone alongside tear ducts indicated by reddish paste and largely lost eyebrows which were once formed by thin, serrated sheets of copper or bronze.

“Depending on how the light falls, the expression of the head can vary from haughty disdain to melancholic introspection," says Francis.

“The whites of the eyes are further emphasised by the dark green sheen of the emperor’s skin and hair.

“This is a result of the oxidation process that has covered the original bronze surface with a deep marine green patina.

“This otherworldly quality is fitting for a man who was deified as a god upon his death."

Literature speaks of Augustus’ “arresting gaze”, emulated by some of the leaders portrayed in photographs accompanying the display, as well as pictures of an excavation described by the New York Times as an “archaeological sensation”. But Francis points out that it is not without precedent.

“Although we might regard such acts of iconoclasm as the preserve of the ancient world, in fact the decapitation of statues has occurred with surprising regularity over the past 30 years: targets range from the London Guildhall’s marble Margaret Thatcher, decapitated using a metal rope by protestor Paul Kelleher in 2002, to a statue of Lillestrøm SK football club’s star striker Tom Lund, whose bronze head was stolen by rival fans in 2013,” he says.

“The beheading of statues even features as a plot line in an episode of The Simpsons, The Telltale Head, in February 1990, in which Bart chops off the head of the statue of Jebediah Springfield, the eponymous founder of the Simpsons’ home town.

“Unlike the Merӧe Head or the head of Jebediah Springfield, however, the Firdos Head of Saddam has not yet resurfaced.

“But who knows – perhaps it lies hidden somewhere, waiting to be rediscovered and become a museum piece in the future.” 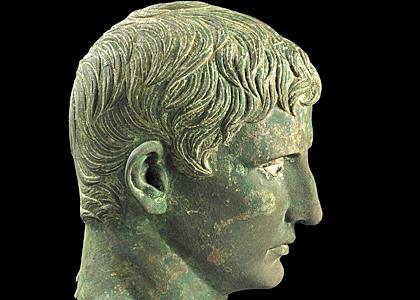 © The Trustees of the British Museum