Located near the small coastal town of Maryport in northwestern England, remains of the ancient Roman fort of Alauna were first uncovered by amateur archaeologist Joseph Robinson in the late 19th century. Among the finds were an assemblage of no less that 22 stone altars, some bearing inscriptions, that tell a story of successive Roman commanders who commanded this, one of Imperial Rome's northernmost outposts during the height of the Roman Empire's expanse. The altars now grace the nearby Senhouse Museum, which serves as a popular tourist attraction.

Now a team of archaeologists and volunteers have returned to the site where the original stone altars were found to uncover more clues about the layout of the fort and its associated settlement, and about the lives of the military officers and soldiers who manned this remote garrison. Led by Newcastle University's Professor Ian Haynes and site director Tony Wilmott, the archaeologists have been here before.

Says Haynes: "The last two years' excavations focused on the area in which the altars were discovered in 1870.   This year sees some further work at the 1870 site and the start of a three year project focusing on the place where, in 1880, local bank manager and amateur archaeologist Joseph Robinson uncovered further altars and two possible temples.   Photographs and other documents from the 1880s indicate that the antiquarian investigation only unearthed part of the site and it is clear that much remains to be discovered." [1]

In 2012, the team uncovered a total of 63 pits, the partial plans of structures that showed evidence of at least two phases of construction, the first complete altar stone (with inscription) unearthed at the site since 1870, and a late Roman/early Medieval cemetery. The altar inscription was a dedicatory record from Titus Attius Tutor, a commander of the garrison who also served in areas that now contain present-day Austria, Hungary and Romania.   Finds from the cemetery graves included a glass bead necklace, a bracelet, loose beads, and a fragment of ancient textile.  Radiocarbon dating of the textile indicated that the wool from which it was woven was likely sheared sometime between AD 240 and AD 340.

The pits are of great significance to the archaeologists. Reports Haynes and Wilmott:  "Discoveries in 2011 had made it quite clear that the famous Maryport altars had not been interred in an act of piety but were in the pits, with other stones, to act as ballast to support timbers. We wanted to understand the structure or structures these timbers represented". [2] 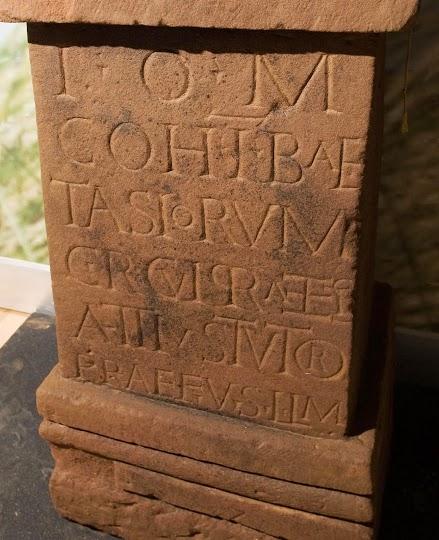 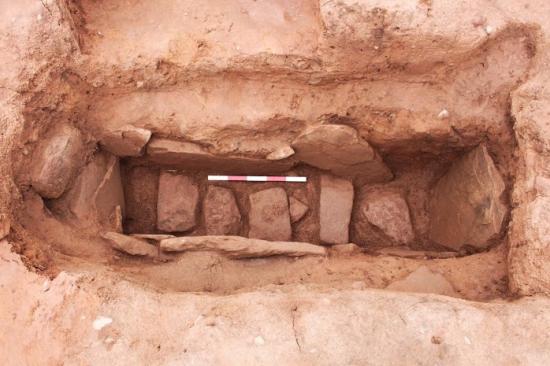 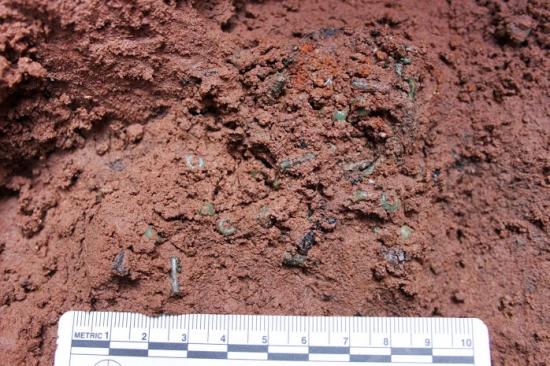 The Roman fort and the civilian settlement at Maryport are thought to have played a significant role in Imperial Rome's coastal defenses along the northwestern boundary of the Roman Empire for more than 300 years. Geophysical surveys of the site have revealed that it was, according to Haynes and Wilmott, "extremely complex and of considerable size, and that it is well preserved". [1]   Moreover, study of the 23 Roman altars (22 plus the one recently discovered) which, based on the inscriptions, were dedicated to Jupiter and other Roman gods by the commanders of the fort, provide valuable information about the Roman army and its religious practices. "In some cases", they report, "their career histories can be established from the inscriptions on the altars, tracing their movements across the Roman Empire as they moved from posting to posting". [1]

Fort Alauna was among over 30 other forts that stretched across the 150 mile Roman frontier in northern England. They supplemented Hadrian's Wall, built under Emperor Hadrian's reign in the 2nd century AD. Along the wall there were 80 known milecastles and about 160 turrets, including a ditch to the north and a massive defensive earthwork to its south.   Along with the Antonine Wall in Scotland and the German Limes, this constituted the edge of the Roman Empire at its furthest extent during the 2nd century AD.

More information about this and related developments can be obtained from the Senhouse Roman Museum (www.senhousemuseum.co.uk) and the Hadrian's Wall Trust (www.visithadrianswall.co.uk).