Did Llama Dung Spur the Rise of Andean Civilization? 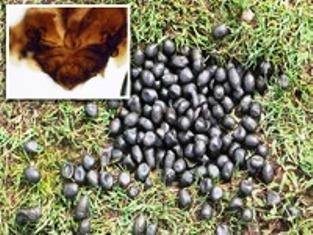 Dung’s good side. Ancient llama excrement, traced thanks in part to mites (inset) that feast on it, might have helped drive maize agriculture and, in turn, complex societies in the Andes. Credit: Alex Chepstow-Lusty

In 1610, a Jesuit priest journeyed through the high valleys of the central Andes, keenly observing the lives of the inhabitants. Father Bernabé Cobo was struck by the cold bleakness of the region and by the singular importance of llamas to its people. The indigenous inhabitants ate llama meat, bred them to carry goods, and used their wool and skin for clothing and shoes. These animals, Cobo later wrote, comprised “all the wealth of the mountain Indians.”

Now a new study suggests that a much humbler llama byproduct—dung—may have helped maize farming take off, which in turn fueled the rise of ancient Andean society. In the June issue of Antiquity, paleoecologist Alex Chepstow-Lusty of the Institut Français d’Etudes Andines in Lima, presents findings from a lake sediment core showing that farmers near Cuzco began raising large numbers of llamas and alpacas some 2700 years ago, just when maize farming first took off in the region. That’s also the time when a small chiefdom society, the forerunner of the great Incan civilization, began to emerge. Chepstow-Lusty wondered whether these were all connected. “Maize soon strips the fertility from the soils and this needs to be replenished by fertilizers,” he says, and dung was an obvious choice to keep the fields growing. Maybe that in turn helped make more complex societies possible.

The evidence comes from Laguna Marcacocha, an infilled lake some 65 kilometers northwest of Cuzco and at an altitude of 3350 meters. Chepstow-Lusty took a 6.3-meter-long sediment core from the lake bottom, then radiocarbon-dated organic material from six layers, and counted and analyzed the pollen to understand ancient climate and agricultural practices. While doing so he noticed the remains of small, soil-dwelling invertebrates embedded in the lake sediment core. They were oribatid mites, which dine on dung and other detritus. Chepstow-Lusty went back and analyzed the mites as well, sampling the core at 1-centimeter intervals and counting the mites in each.

He found that maize pollen first appeared in the core some 2700 years ago, during a warm period that would have permitted local farmers to sow the tender crop at higher altitudes than before and breed varieties suited to the highland environment. And it was at this point, Chepstow-Lusty saw, that mite numbers began spiking, indicating that more llamas and possibly alpacas—animals that had been domesticated some 3000 to 4000 years earlier—were producing more manure that could be used to fertilize maize fields. “I think these were very motivated farmers and that somehow there was a big push to grow maize,” Chepstow-Lusty says. “Maize was an important nutritional crop, but it was also important in terms of producing chicha [corn beer] for ceremonies that helped bind societies together.”

As the people in the Cuzco Basin began to extend the range of cornfields up the mountain sides and fertilize them with dung, they began to amass greater surpluses of food, allowing them to work on infrastructure such as new road networks and to feed a large standing army. “Efficient agropastoralism was certainly one of the factors that led to the success of the Inca Empire,” whose capital was Cuzco, Chepstow-Lusty notes in his paper.

“It is clear that mite concentration reflects the density of llamas, and probably alpacas, in the vicinity of the lake,” says archaeozoologist Jane Wheeler of the Institute for Research and Development of South American Camelids in Lima. Impressed with the Marcacocha findings, she would like to see the technique applied elsewhere in the Andes.

But archaeologist Christine Hastorf of the University of California, Berkeley, thinks Chepstow-Lusty hasn’t clinched his argument. “He has no data per se on fertilizing, just more or less mites,” she says. She notes that plants fertilized with animal manure have a higher nitrogen isotopic signature (as do people who eat meat) and suggests looking at nitrogen isotopes in ancient plant remains as well as in the bones of ancient people.

Chepstow-Lusty, however, sticks by his conclusions. Maize fields, he says, need regular applications of fertilizer, and llama and alpaca dung “is what [people in the Andes] have long used.”