Evidence of ancient smuggling activity has emerged from a Roman shipwreck, according to Italian archaeologists who have investigated the vessel's cargo.

Dating to the third century AD, the large sunken ship was fully recovered six months ago at a depth of 7 feet near the shore of Marausa Lido, a beach resort near Trapani. 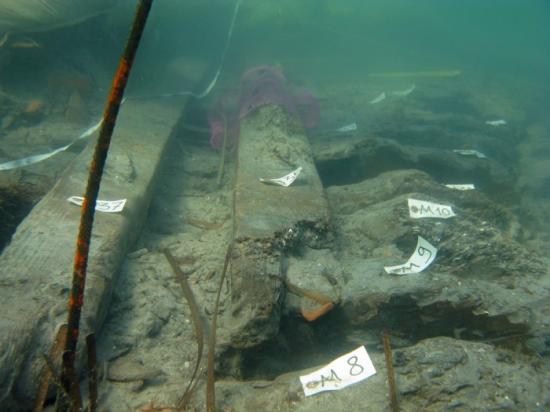 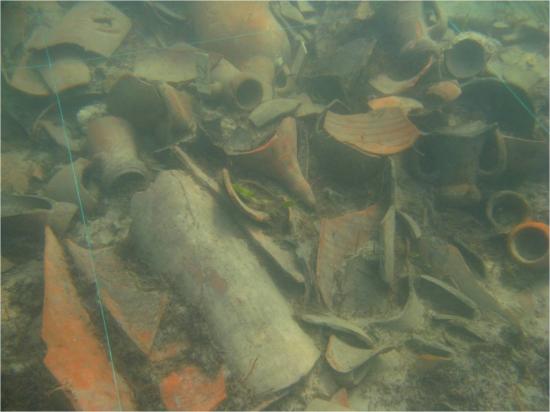 The unique tiles were apparently valuable enough for sailors to smuggle them from North Africa to Rome, where they sold for higher prices.

"They are small terracotta tubes with one pointed end. Put one into the other, they formed interlocking, snake-like tiles. Rows of these so-called fictile tubes were used by Roman builders to relieve the weight of vaulting," Sebastiano Tusa, Sicily's Superintendent of the Sea Office, told Discovery News.

Tusa will detail the wreck discovery in a forthcoming publication by the Museum of the Sea in Cesenatico, within a national meeting of underwater archaeology and naval history.

Following an analysis of the jars and their contents, Tusa and colleagues concluded that the 52- by 16-foot ship was sailing from North Africa when she sank some 1,700 years ago, probably while trying to enter the local river Birgi.

In North Africa the vaulting tubes cost a quarter of what builders paid for them in Rome.

"It was a somewhat tolerated smuggling activity, used by sailors to round their poor salaries. They bought these small tubes cheaper in Africa, hid them everywhere within the ship, and then re-sold them in Rome," Tusa said.

According to Frank Sear, professor of classical studies at the University of Melbourne, vaults featuring rows of fictile tubes were most common in North Africa from about the 2nd century AD.

"The tiles were also frequently imported to Sicily and turn up in many places such as Syracuse, Catania, Marsala and Motya. There are good examples of them in the baths of the late Roman villa at Piazza Armerina," Sear, a leading authority on Roman architecture, told Discovery News.

The smuggled cargo, as well as the jars and ceramic food bowls used by the sailors, were recovered in perfectly preserved condition.

The old cargo vessel was completely covered by a thick layer of clay and sea grass meadows -- a sort of natural coating which has also preserved most of the ship's wooden structure.

"We have recovered more than 700 wooden pieces. Both the left and the right side of the hull has remained almost intact. Once reassembled, this will be the most complete Roman ship ever found," Tusa said

Now under restoration at a specialized lab in Salerno, the vessel is expected to be displayed in a local museum within two years.