Neanderthals shared Europe with a mysterious member of our genus that may represent an entirely new species of human, suggests a paper accepted for publication in the Journal of Human Evolution.

The study describes the recently unearthed remains of a hominid from what is now Serbia. The remains -- a fossilized jaw and teeth -- date to at least 113,000 years ago. 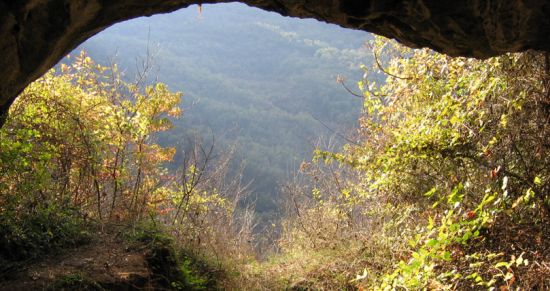 "The specimen is primitive and does not show any Neanderthal-derived traits," lead author Mirjana Roksandic told Discovery News. "It could be a simple case of one non-representative member of a larger population that is morphologically primitive, or a representative member of a more primitive population that remained in the Balkans while Neanderthals developed in the rest of Europe."

Roksandic, an associate professor of anthropology at the University of Winnipeg, and her team have not, however, ruled out that the individual belonged to a new Homo species.

Europe appears to have been home to several such species over the past 1.7 million years, including Homo georgicus, Homo antecessor, Homo heidelbergensis and Homo neanderthalensis. - Dusan Mihailovic

For the study, the researchers performed a CT scan and other analysis of the jaw and teeth that were discovered at Mala Balanica Cave in Serbia.

Co-author Dusan Mihailovic told Discovery News that "a rich tool assemblage" was found in an upper part of the geological sequence at the site. Additional excavation work may uncover older tools, he said.

The cave complex is located in a Central Balkans region that has been called a "hotspot of biodiversity."

It remains unclear whether or not a new human species originated in the Balkans. This region was never very isolated, as its southern portion remained open throughout the Pleistocene. The new Homo discovery is therefore all the more puzzling.  –

The researchers cannot conclude much about its possible appearance and behavior, but they can tell it possessed a large jaw and small teeth relative to other known human fossils. Muscle markings associated with the jaw "are not prominent," according to Roksandic.  - 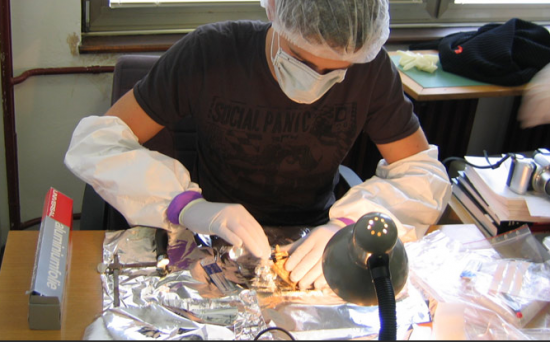 "It would probably be best to describe Neanderthals and other Pleistocene humans as morphospecies," Roksandic said. "This acknowledges differences but does not discuss their phylogenetic relationship. They are morphologically different, (so) would it prevent them from recognizing each other as potential mates? Hard to say."

She added that according to some researchers it takes more than 2 million years to achieve complete genetic incompatibility between species. The various prehistoric human groups may therefore have enjoyed connections despite their anatomical and behavioral differences.

Fred Smith, chair of the Department of Sociology and Anthropology at Illinois State University, told Discovery News that Roksandic and her team "have done excellent work on this site and specimen."

Smith, however, questions the possibility that the remains are of a new human species, since he wonders if "they are actually older than the current dating suggests. Furthermore, there is a wide range of variation within Neanderthals, so it is not impossible that the Mala Balanica mandible is part of that variation."

Such questions may be answered in the future, as Mihailovic hopes future excavations will take place in Greece, Romania, Bulgaria and other parts of the Balkans. Over the past 10 years he and his colleagues have identified more than 100 caves with potential Paleolithic sediments in Serbia and Montenegro alone.