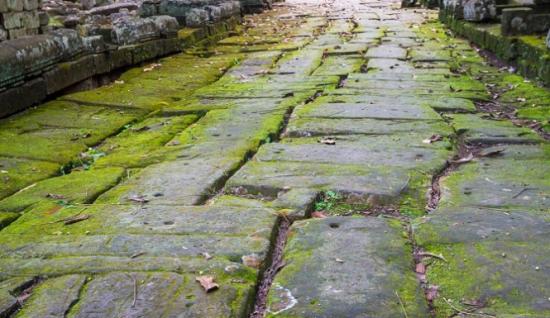 The lost city of Mahendraparvata was discovered in the Cambodian jungle 1,000 years after it was last seen. The ancient city was built 350 years before the country’s precious Angkor Wat temple complex.

The medieval city was discovered by archaeologists using airborne laser technology. They also found that the majority of the city’s ancient temples were hidden by jungle. Because of this, they weren’t looted.

The archaeological find was immense, according to a reporter who accompanied the “Indiana Jones-style” expedition led by a French-born archaeologist.

The group hacked their way through landmine-strewn jungle in the Siem Reap region, the same area where Angkor Wat is located.

Using Lidar — light detection and ranging data — a helicopter flew in a criss-cross over a mountain north of the largest Hindi complex in the world for seven days. Using billions of laser pulses, the instrument peeled away the dense, misty jungle canopy to reveal structures in perfect squares.

The structures completed an almost perfect map of the ancient city of Mahendraparvata, which was built 1,200 years ago.

Expedition leader Jean-Baptiste Chevance, who works as director of the Archaeology and Development Foundation in London, explained that ancient scriptures told of a great warrior Jayavarman II, with a mountain capital. However, he added, “we didn’t know how all the dots fitted, exactly how it all came together.”

Using the new data from Lidar, as well as traveling to the area where the map was made, Chevance explained that the new data shows roads, canals, and dykes connecting the massive city. While archaeologists aren’t certain what caused the demise of the ancient Cambodian city, Damian Evans, director of the University of Sydney’s archaeological research center in Cambodia, had a theory.

Evans explained that imagery of the landscape shows it lacked vegetation. The finding could suggest that deforestation and dependence on water management led to the demise of the medieval city. He added, “Perhaps it became too successful to the point of becoming unmanageable.”

The trek to view the ruins in person involved dodging landmines, hacking through dense vegetation, traveling through rutted goat tracks, and wading through knee-deep bogs. It is not known how large the ancient Cambodian city actually is, because the search has been limited. 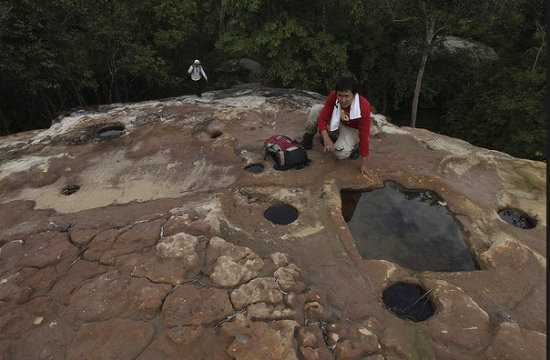 More funds will be needed to see how big Mahendraparvata actually is. Evans stated, “Maybe what we see was not the central part of the city, so there is a lot of work to be done to discover the extent of this civilization.”

Angkor Wat is considered one of the ancient wonders of the world. At one time, it was the largest pre-industrial city in the world. It was constructed by King Suryvarman from the early to mid 1100s. 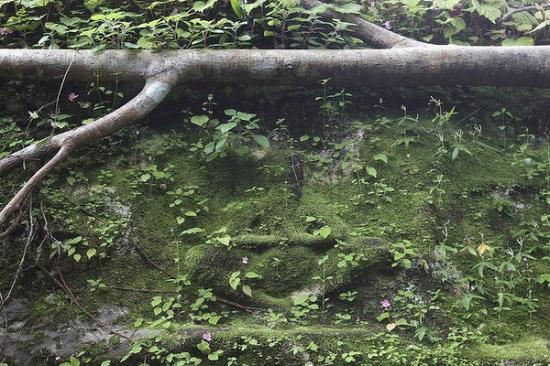 It is unclear if Mahendraparvata is larger or smaller than the ancient Hindi temple.