Archeologists finished excavating bronzeware from a tomb of the Early Western Zhou dynasty located in Luoyang City of Henan province.

The tomb was discovered during the construction of a local hospital in the east of Luoyang City. Though it is only a small tomb, it has been well-preserved over the course of more than 3,000 years without any signs of grave robbing. Among the numerous funerary objects was a set of bronze chariots and horses, which are very rare in the archeological history of the early Western Zhou dynasty. 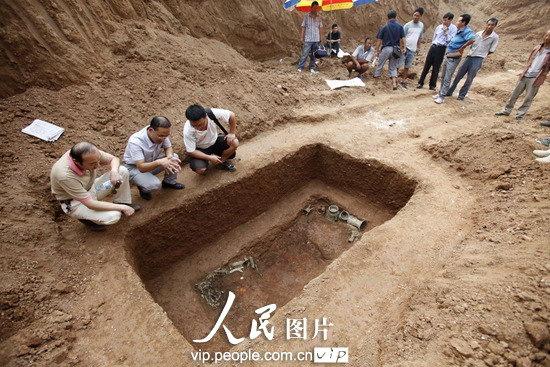 According to the mortuary objects the archeologists roughly estimated that the owner of the tomb is a literati and officialdom who migrated from the Shang dynasty more than 3,000 ago. This tomb proved to be of great value in the research of the funeral customs in the early Western Zhou dynasty. 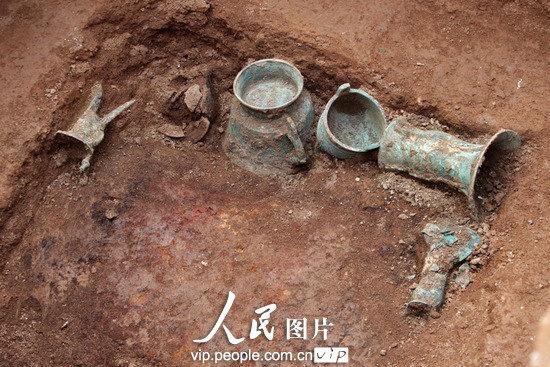 The unearthed tomb is a vertical earthen pit tomb, which is very common in that period. Because of the age, the coffin and the corpse have been carbonized. In the north side of the tomb near the head of the owner, there are several well-preserved bronzeware relics and an inscription. The most valuable discovery is a complete set of chariots and horses of different shapes with exquisite decorations in the southwest corner, most of which are gilded.     (Source: People's Daily)