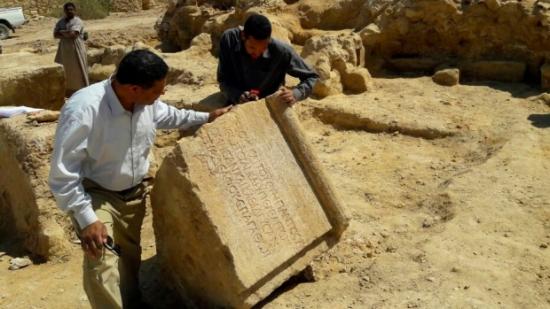 New excavations within the Maya Devi temple of Buddha’s birthplace in Lumbini have revealed a sequence of startling archaeological evidences of human settlement dating back to at least 1300 BC in the pre-Buddha era.

Experts say no settled society as old as this one has ever been found in the Tarai belt of Nepal, which also stretches to several locations in North India, moving along the banks of Ganges River. The earlier human movements located in the region were the groups of hunter-gatherers, say archaeologists involved in the recent excavation project.

The three-year excavation project, headed jointly by Unesco and the government of Japan, came across a “village-like settlement” 4.5 metres underneath the ground some 200 metres to the south of the Mayadevi temple stands at present.

The ancient village, which currently has the area police office on surface, gives the picture of a settled lifestyle and culture that was different from the trend of hunting and gathering, which was popular in other regions of the Tarai belt during that time. Houses made of bricks and clay and the cultivated land in social structure have been traced. According to archaeologist Robin Coningham of Durham University, UK, the society seems to have settled on the bank of a river, a trace of which has also been identified underground.

Further fortifying the evidence of a pre-Buddha-era settlement in the area surrounding Mayadevi temple, researchers have also come across a vertical sequence of two different temples built beneath a Ashoka-era temple built in around 250 BC, which lies on the premises of the present-day Mayadevi temple.

According to Prof Coningham, the temple at the bottom was made of clay and timber. There is one more brick-made temple standing over the one at the bottom. The third one in the sequence is the Ashoka-era temple built of brick and timber. Although the temples represent three different eras, they have structural similarities. The rectangular temples covering an area of 26x21 metres have similar architectures. All three temples look like a walled courtyard and none of them has a ceiling.

“Most Buddha-era documentations are not older than the first or second century AD,” he said. “The structures we have come across could be the milestones for further studies.

The temples built in vertical sequence also hints at the people’s religious life before the era of Indian emperor Ashoka.”

The vital findings meanwhile have come as a pool of proven logics for the government to claim Lumbini to be the authentic birthplace of Buddha. “This is a ground breaking finding in exploration of Buddha-related historical evidences. The settlement that dates back to the pre-Buddha era clearly denotes that a village already existed here,” said Ves Narayan Dahal, director general at the Department of Archaeology. “It was in  the same village where Buddha was born.”

The excavation programme, which started in July 2010, was the Unesco project funded by Japan for the preservation of the world cultural heritage.

Head of the Unesco office in Kathmandu Axel Plathe acclaimed the successful excavation project saying that the findings would be the doorway to further important studies in the future.

Japanese Ambassador to Nepal Kunio Takahashi echoed Plathe, expressing Japan’s honour to have been able to contribute to the success of the project. He said that the second phase of the excavation project would be launched soon.