Londonist is proud media partner to a Roman London summer with Museum of London.

The Romans have returned and Gladiator Games are under way in Guildhall Yard, just metres above the remains of the city’s only Roman amphitheatre.

The ancient remains of the arena were discovered in 1988 during the building of Guildhall Art Gallery, but they are just one of many Roman finds by archaeologists across the capital, from significant pieces of architecture to fragments of everyday objects and Roman clothing.

One of the most enlightening Roman discoveries from Southwark is a piece of Italian marble, which manages to capture something of the identity of Roman Londoners in a single object. 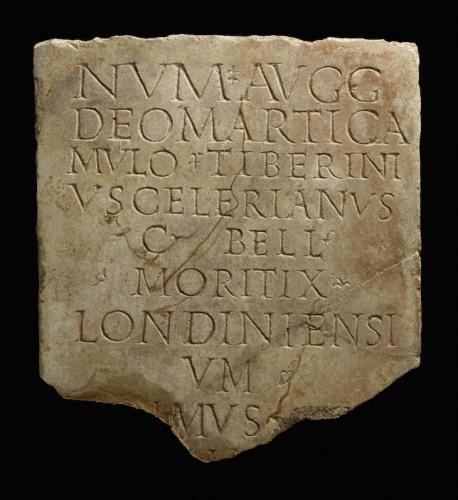 Fragment of a Roman building inscription

The piece of stone carries an inscription in Latin, the official language, but also includes a local, Londinium word, ‘moritrix’, meaning chief trader. The words are a dedication to a Roman-Celtic god, Mars Camulus, carved by a citizen of the Bellovaci tribe from Gaul, whose name, Tiberinius Celerianus, is Roman and who writes on behalf of the Londiniensi (Londoners). So, it shows a real mixture of identities, is a neat summing up of the people of the city and a strong link to the cosmopolitan city of today.

On display in the Museum of London’s Roman London gallery, this is the earliest known stone tablet to mention ‘London’.

But plenty of everyday objects can reveal much too. During excavations on Tabard Square at Borough in 2003, archaeologists found a small tin canister, which contained a cosmetic face cream that had survived virtually in its original soft condition. A sophisticated mixture of animal fat, starch and tin oxide, the cream was most likely produced by a professional cosmetics factory as a safe, non-toxic foundation cream and skin moisturiser. 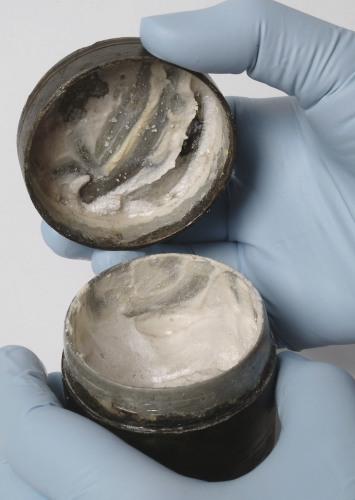 And in 1953, a Roman well in Queen Street offered up a significant pair of 1st century leather bikini briefs, which could well have belonged to an acrobat who performed in the amphitheatre. Evidence for this can be found in a Roman statuette from Rennes, showing a female acrobat wearing the briefs, no top and protective knee-pads — a bit like today’s skateboarders. 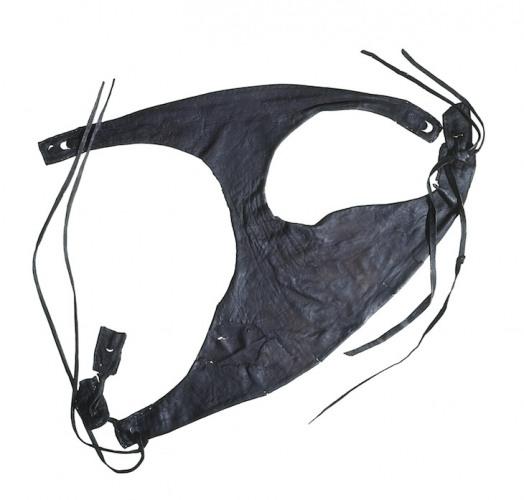 Lower half of a Roman bikini

The best-surviving leather briefs from the Roman world, they are made from a single, hour-glass-shaped piece of leather, with adjustable side fastenings. Tied at the left hip, in a ‘granny’ knot, they show clear stretch marks across the front panels, suggesting they have been worn.

Get closer to Roman London: explore the free, pre-show entertainment in Guildhall Yard and hour before Gladiator Games begin.

Gladiator Games are held in the Guildhall Yard off Gresham Street, EC2 from 8-16 August.