Lara Croft of video game fame has nothing on Dr. Helen Wickstead, a real life archaeologist. She has been using an instrument usually found in the tool chest of present day electricians to probe the depths of an old church graveyard. This is not just any graveyard. It lies beneath that of an English church where early Anglo-Saxon kings were crowned.

The instrument, an earth resistance meter, works with the soil’s electrical property – conductivity.  It is important in locating a good earth ground which is required for new construction of buildings that need to meet electrical codes. It even is helpful for working with older buildings that over time have lost a previously good, effective earth ground, possibly as a result of having been struck by lightning. 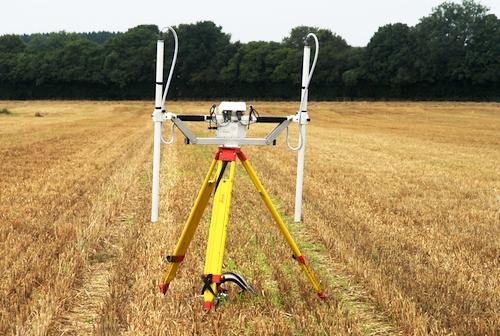 Earth Resistance Meter in the field

Compared to good conducting agents, such as copper wire, soil conductivity is low. Yet, it can be used to look for and measure resistance values of items lying well below the earth’s surface. In this case, the bizarre looking instrument was put to work by researchers from Kingston University in South West London. They were surveying
under the churchyard at All Saints Church before a redevelopment project got under way. Their activities drew the interest of locals, who also got involved in the exploration, actually helping with the mapping. Dr. Wickstead who led the field search said: "We gave people the opportunity to explore archaeology and geophysics in a way they wouldn't normally do."

The original church was built more than 1,000 years ago and is thought to have been where several early English monarchs were crowned. The only evidence of the historical church is a small outline of stones near what is now the rebuilt church’s south door. The metering system produced two dimensional images of what was underground. Wickstead said;

"We discovered three possible brick vault structures but have no idea who was actually buried there. Usually they contain coffins of members of a family in an underground chamber. We know exactly where these vaults are now and we're hoping to use the documentary evidence available - historical maps, church records and aerial photographs -- to find out who was laid to rest there and precisely when they date from. It would be fascinating to find out their stories."

One individual of historical importance, Athelstan, who became the first king of a unified England in 925, may have been crowned at the site, but his tomb is actually elsewhere, at Malmesbury Abbey-Wiltshire. A portion of this also famous and century old church is still standing. It once housed the second largest library in Europe and one of its towers was the launch pad of a monk’s attempt at hang gliding in the year 1011. Athelstan is buried above ground in an artful sarcophagus. 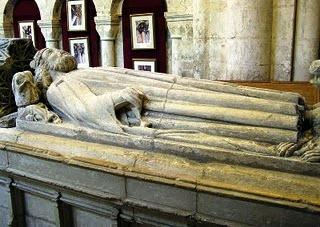 Dr. Wickstead isn’t a stranger to ancient burial customs. In 2009, she was mapping farmland a few miles from Stonehenge. Two long mounds, thought to be possible tombs, turned up on an aerial photograph taken by Damian Grady, renowned for his sky-view photography. Wickstead’s investigations with the earth resistance meter identified the tombs that are typical of Neolithic burials. The farmland lies near Cranborne Chase, an already well researched prehistoric area. Wickstead calls it "a Mecca for prehistorians." Because of its popularity, she was surprised the tombs had not already been discovered.

Without disturbing the mounds, researchers found items such as fragments of pottery, flint, and stone tools, close to the surface, probably upturned by plowing. Although they assumed the graves themselves would yield information, such as "what kinds of lives they led, and what the environment was like six thousand years ago," they were hesitant to disturb the below surface graves in respect for the heritage of the current residents of the nearby towns. Dr. Wickstead said "The recovery of ancient human remains is always handled sensitively. We feel respect for the dead people we study, and we treat their remains with care."

Modern technology, such as the earth resistance meter used at All Saints Church and near Stonehenge is making it easier to explore graveyards and ancient burial locations without damaging the site or its ancient inhabitants as archaeologists try to find something of research value. X-rays have been employed to analyze mummies without taking them out of their wrappings, thereby preserving them intact. CAT scans which take layered images allow scientists to view soft tissue without touching or altering the mummy’s organs. Such devices used in modern health care are being turned to unearthing secrets of our past.