Project to build new school at Llanfaethlu has led to discovery of more than 2,000 artefacts dating back up to 6,000 years.

The largest ever Neolithic discovery in Wales has been made by archaeologists investigating the site of a new school. 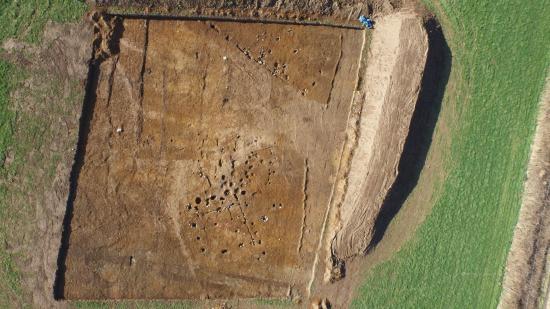 More than 2,000 artefacts possibly dating back as much as 6,000 years have been discovered on the site at Llanfaethlu on Anglesey .

The ruins of three buildings have also been uncovered by the CR Archeology team who have been on site since November 2014.

Archeologist Cat Rees said: “Until about 50 years ago all we knew about this period in North Wales came from the megalithic tombs and chance finds but this changed with the discovery at Llandegai, Bangor of a single house.

“To date less than five have been found in the whole of North Wales.

“This settlement (at Llanfaethlu) has the best preserved houses and is the only one which has more than one house.”

Speaking from the site Matt Jones said: “The number and quality of artefacts is unlike anything else in North Wales. 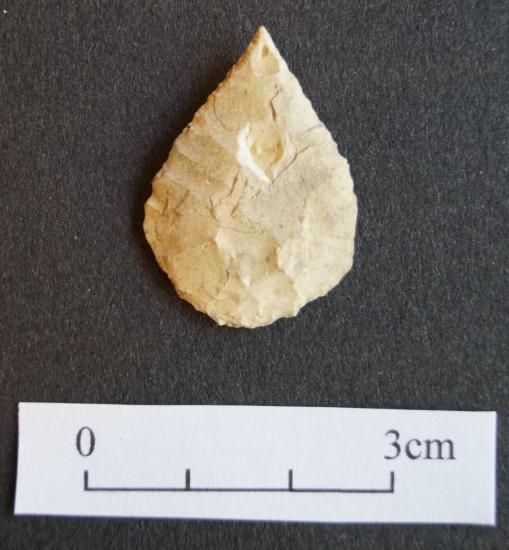 “The main excavation started and we found one building, which we originally thought was it.

“That alone was fantastic but we soon discovered two others, this may have been a village.”

Catt continued: “So far we can tell from the finds that people were using the site for at least 1,000 years and we have found more than 2,000 flint, stone and pottery artefacts.

“We also have burnt hazelnuts, acorns and seeds which will allow us to radiocarbon date the site and reconstruct the Neolithic diet.”

Matt said there was even a chance the site may have been a stone axe factory, with high-quality stone from Penmaenmawr discovered.

But the dig almost never happened when a pit group was initially discovered in a small evaluation trench.

But the group returned to examine a larger area as the houses extended beyond the excavation limit.

Cat said Anglesey Council have been "so supportive" of their discoveries.

“The council backed us and the discoveries have been astonishing, I’ve never seen anything like it.”

In April last year a mysterious copper artefact was discovered at a Neolithic tomb near Brynsiencyn.

The find was able to add weight to one of archeology’s burning questions on whether or not there was a British Copper Age.

Anglesey is rich with ancient monuments with approximately 30 Neolithic and Bronze age burial chambers on the island, several ancient settlements and standing stones.

The find at Llanfaethlu however is unlike any other in terms of the number of artefacts which will now be analysed and soil to be carbon dated.

What was the Neolithic Age?

There are approximately 120 ancient monument sites on Anglesey.

Most, but not all, are located within view of the island’s shores and most are in an elevated position,

This is true of the Llanfaethlu discovery.

At Barclodiad y Gawres, between Rhosneigr and Aberffraw, there is one of the most impressive prehistoric remains site in North Wales.

The chambered tomb has been partially reconstructed following its excavation.

At the tomb there is a wealth of carved stones, particularly several carved with spiral patterns similar to those found at Bryn Celli Ddu, also on Anglesey.

The patterns are unique in Wales and have more in common with similar-era tombs in Ireland rather than the rest of Wales and Britain.