Lindong (Chine): Structure and Scale of the Imperial Palace of Liao Dynasty’s upper capital Confirmed for the First Time 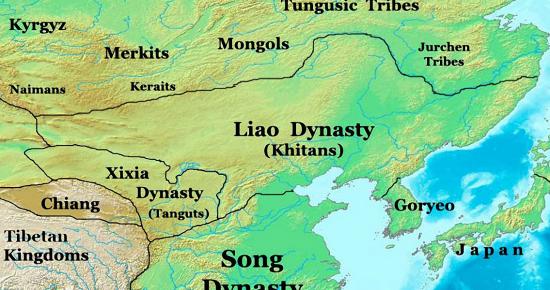 Archaeologists working in China have revealed details of a spectacular imperial palace.

The palace, located in the Inner Mongolia Autonomous Region of Northern China, is part of an ancient city which was once the upper capital of the Liao Dynasty. The site is located southeast of the modern town of Lindong.

The team, who explored up to 1000 metres of land around the palace, have unearthed remains of the palace’s walls, the west gate and the north wall of the west courtyard. Based on their findings and the locations of the structures that have been unearthed, the archaeologists have concluded that the palace was rectangular shaped, measuring about 740 metres wide and 770 metres long. It seems the palace was located in the east of the middle section of the Liao city.

Analysis of various sections of the palace has provided the archaeologists with an insight into the building practices of the Liao Dynasty. Although much of the palace’s wall has been poorly preserved, traces of evenly spaced pillars have been found alongside it, as well as evidence of a number of post holes, which would have been used in the wall’s construction. 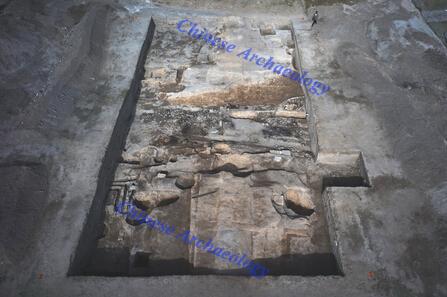 Aerial photo of the west gate remains of Imperial palace

The west gate of the palace complex was located opposite the gate of the city itself, and the archaeologists believe that there used to be a path connecting the two gates. Although the structures which mark out the location of the palace’s gate are in a poor state of repair, it seems that it was over six metres wide. The archaeologists believe that it underwent substantial repairs at least twice during the time of the Liao Dynasty.

Other artefacts found at the site include a variety of tiles, ceramics, porcelain animals and building components, as well as a selection of coins, carvings and other items. These objects are being used to precisely date the site, and provide an insight into the chronology and inhabitants of the Liao Dynasty’s capital.

The Liao Dynasty was formed by the nomadic Khitan tribes in what is now the Autonomous Mongolia region of China. The dynasty itself was split into two parts, with one government ruling Chinese territories to the South, and the other ruling the people of the Inner Asian Steppes to the north. Although the Khitan leaders utilised Chinese advisers and administrators to organise their territories, they refused to speak or write in Chinese, and deliberately kept their own tribal rites, dress and clothing, in an attempt to protect their ethnic identity.

An uprising by Juchen tribes, who had been former subjects of the Khitan, in 1125, eventually bought about the end of the Liao Dynasty. Following the Juchen’s victory over the Khitan, they established rule over northern China and founded the Jin Dynasty. Nevertheless, marks of the Liao Dynasty remained, with much of its government system being adopted by the Jin.

The archaeologists working at the site near Lindong have concluded from the structural remains that the city underwent substantial reorganisation following the rise of the Jin Dynasty. Excavations at the site are continuing, and could reveal a great deal about the transition between the Liao and Jin Dynasties, a period which is still little understood by archaeologists and historians.

For more information and images from the excavation: www.kaogu.cn