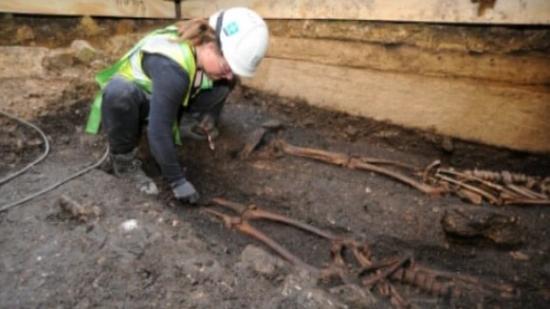 An investigation has revealed that skeletons discovered in the grounds of Lincoln Castle last year, were of seven adults and three children.

The oldest child, a teenager, had evidence of a stab wound - possibly from the time of death.

Three of the adults had an extra vertebrae, suggesting they may have been related. 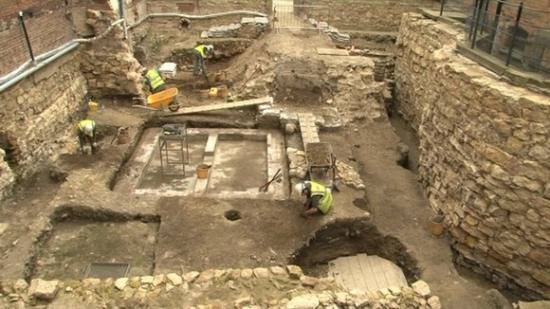 The dig was funded as part of the Lincoln Castle Revealed project, which cost £19.9m Credit: ITV News Central

Archaeologists initially believed one of the skeletons - found in a stone coffin - could have belonged to someone extremely high up in society, but played down speculation that it could have been a Saxon King.

The remains were found adjacent to a newly discovered Saxon church. 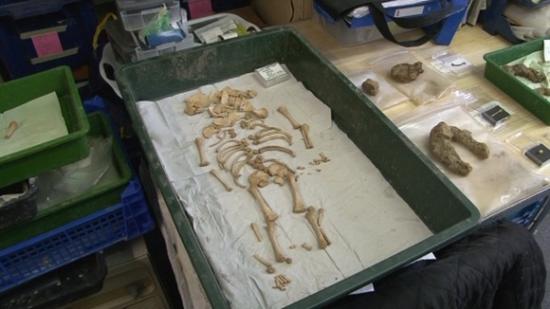 One of the remains discovered was kept in a stone coffin Credit: ITV News Central

In order to begin to establish the identity of the concealed skeleton, the team began by conducting an endoscopy on the coffin - where a camera was poked inside, revealing a full skeleton on camera, along with a shiny object.

All are thought to date back to around 900AD, but the other nine skeletons unearthed had not been given any special treatment.

DNA tests will now be carried out to build up a profile of their life in Saxon England. 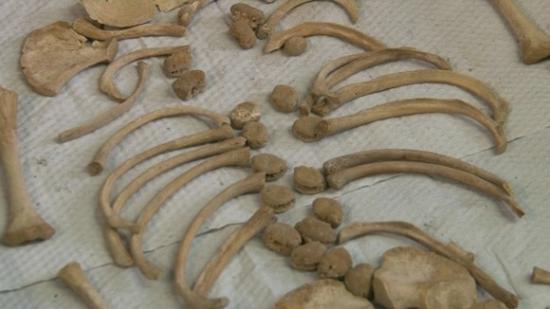 Three of the adults found buried had an extra vertebrae, which suggests they might have been related Credit: ITV News Central

The dig was funded as part of the Lincoln Castle Revealed project, which cost almost £20m.

The scheme also involves the construction of a special site to house the town's Magna Carta, as well as providing access to the castle's ancient walls.

Findings from the dig will be displayed in 2015, when it is due to be completed.