Nineteenth-century remains were confirmed from a pre-Hispanic huaca located in downtown Lima.

The artifacts have shed light on behavior of the immigrants. (Photo: Andina/Norman Córdova)

The huacas scattered throughout of the capital of Lima are known to have evidence of violent sacrificial practices, advanced architecture, intricate jewels and well-made textiles…and remains of 19th-century Chinese immigrants?

You might not have known about that last one, but archaeologists are starting to realize the common practice in which Chinese immigrants had once been buried in the archaeological huaca sites in the Peruvian capital.

Studies of an individual recently unearthed among more than 50 other graves at the Huaca San Mateo of Lima confirmed that the body does indeed belong to a 19th-century Chinese immigrant, and not a pre-Hispanic, original huaca resident.

The body was found buried in a coffin with his clothes and belongings, unlike pre-Hispanic dwellers. The body was found with modest clothing, opium smoking paraphernalia including a lighter and a pipe, scissors, and Peruvian Sol coins from that period in his pockets.

After excavating the coffin and examining the artifacts, Espinoza was sure the individual was an Asian immigrant, but he was without the scientific evidence to prove it until recently. 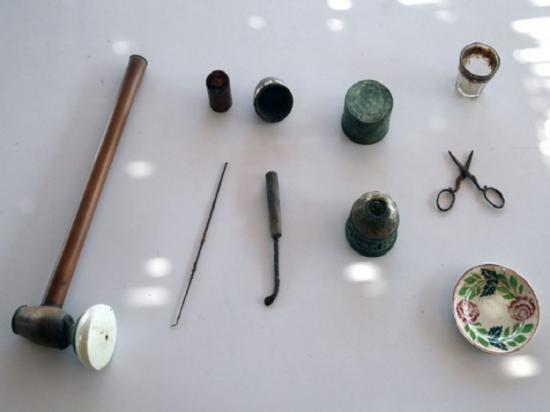