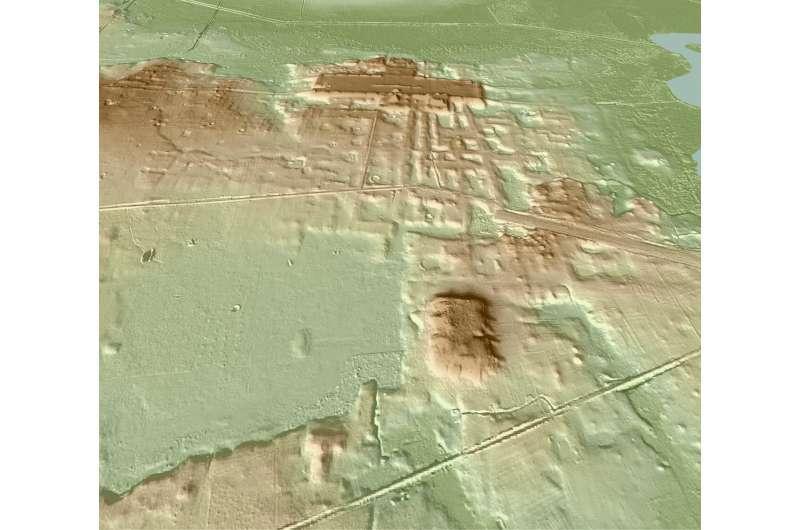 A trio of researchers from the Research Center of the Slovenian Academy of Sciences and Arts, the University of Arizona, and Colgate University has found examples of Mesoamerican structures aligned for use as a 260-day calendar, built thousands of years ago along Mexico's gulf coast.

In their paper published in the journal Science Advances, Ivan Šprajc, Takeshi Inomata and Anthony Aveni describe how aircraft-based LIDAR allowed them to see the alignment of the ancient structures. They also discuss how these structures could have been used by ancient cultures.

Prior research has shown that ancient people living in Mesoamerica had developed and used a 260-day calendar as far back as 300 to 200 B.C. The written evidence was found on plaster mural fragments. 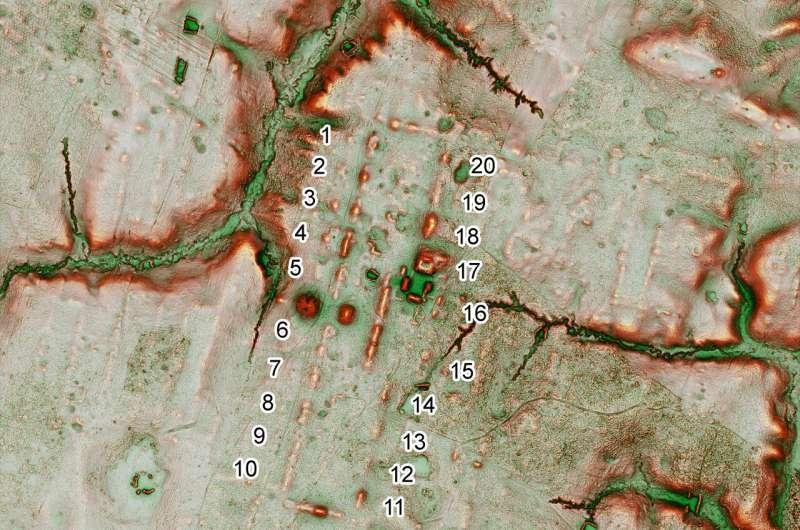 The work involved pointing LIDAR equipment at the ground from an airplane flying above Mexico's gulf coast. The researchers observed the remains of 415 ceremonial complexes built by Olmec or Mayan people. Analysis of the structures showed that they were aligned in ways that noted the rising and setting of celestial bodies on certain days represented in a 260-day calendar. They noted that most of the angles of the complexes were aligned east to west, which would have corresponded to the rising and setting of celestial objects such as the sun. The structures have been dated to between 1100 B.C. and 250 A.D. The site of Buenavista on the day of sunrise alignment. Credit: Takeshi Inomata

Ancient peoples belonging to the Olmec society lived in parts of Mesoamerica as far back as 3,500 years ago. Prior research has found that after the decline of the Olmec society, the Mayan culture developed. Inscriptions and documents made by the Mayans described a 260-day calendar.

Having such a calendar, the researchers note, would have allowed ancient people to plan rituals as well as to coordinate farming activities. They note also that some modern Maya communities still use the 260-day calendar. 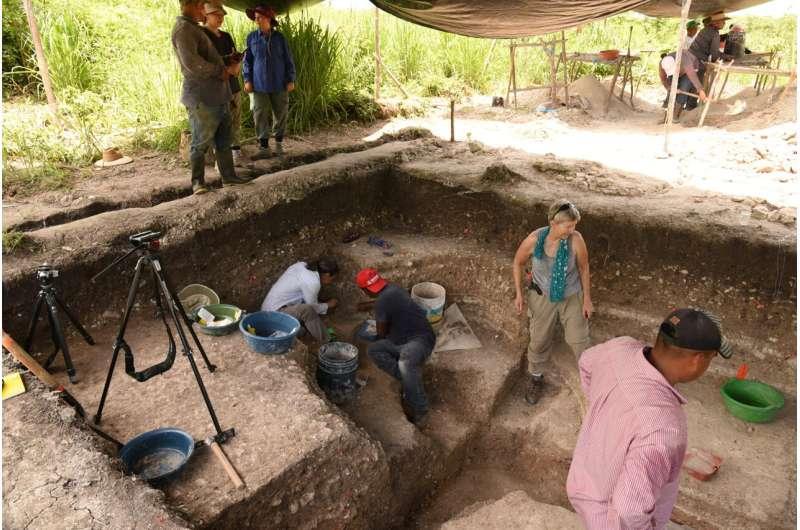