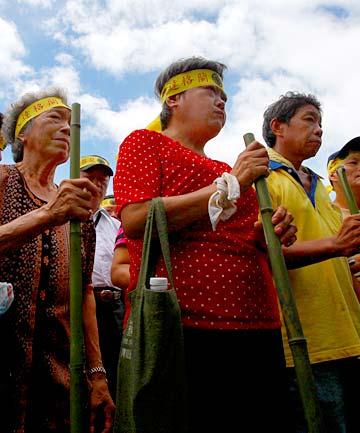 A human skeleton formally buried almost 8000 years ago on a small strategic island off China's coast is creating excitement that it may represent a direct line to the world's youngest race - New Zealand's Maori and Polynesians.

Now the link may be made in the skeleton found on 400 square metre Liang Island, part of Taiwan controlled Matsu islands, within shelling range of China's Fujian Province.

The skeleton was discovered by the Taiwanese military who were building a road on the unpopulated island.

The bones are thought to have belonged to a male, around 167 centimetres tall, who was between 30 and 35 years of age at the time of his death.

"We will send the remains to the US and Germany for more professional accelerator mass spectrometry radiocarbon dating and DNA biochemistry analysis," the Council said in a statement.

The head of the archaeological team, Chen Chung-yu, told Agence France-Presse the clue to the Polynesian link was in the burial.

"Judging from the way the body was buried, it could be a person from what we now call the Austronesia language family," said Chen.

Taiwan's aborigines belong to the same language family, as do the people who migrated through Melanesia, as the Lapita people, and out across the Pacific, reaching as far as Hawaii, Rapanui and New Zealand.

Chen told AFP the body was buried in a foetal position like the one used by Taiwan's aborigines as late as the 20th century.

The find, if proven, could link all Polynesians and Taiwanese aboriginal people to southern China.

"The people of the Austronesian language family lived near the ocean and were very mobile," Chen told AFP.

"They had developed some level of shipbuilding techniques that had already enabled them to sail far away from land."