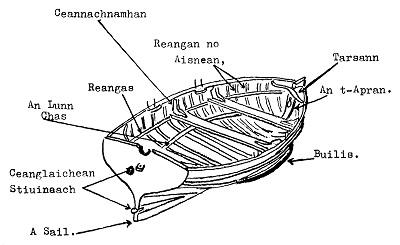 Researchers have completed the first phase of the world's most extensive digital archive of Scottish Gaelic texts as part of a landmark project to revolutionise access and understanding of the language to public around the world.

The Digital Archive of Scottish Gaelic (DASG) project is already the most comprehensive publicly accessible reference point for the Gaelic language and culture, having been worked on by researchers from Celtic and Gaelic at the University of Glasgow for the past eight years.

Corpas na Gàidhlig is a searchable online database bringing together full texts dating from the Twelfth Century to the present day. Together they make up a corpus of almost 10 million Gaelic words, which is expected to grow to up to 30 million words over the course of the project.

The Fieldwork Archive contains over 22,000 headwords taken from speech recorded in Gaelic-speaking Scotland and Nova-Scotia during the 1960s, 70s and 80s. It uniquely describes traditional Gaelic life and society and many of the headwords are accompanied by magnificent hand-drawn illustrations.

Together, these two resources will provide fingertip access to the riches of Gaelic language and culture and make it much more accessible to a world-wide audience.

Corpas na Gàidhlig will also provide the textual basis for a linked project involving five universities around Scotland. Faclair na Gàidhlig will produce a historical dictionary of Gaelic, a resource for Gaelic comparable to the Oxford English Dictionary and the Dictionary of the Older Scottish Tongue, both of which provide a historical lexical reference for their respective languages. Partners in the Faclair na Gàidhlig project are the universities of Glasgow, Aberdeen, Edinburgh, Strathclyde and Sabhal Mòr Ostaig UHI. 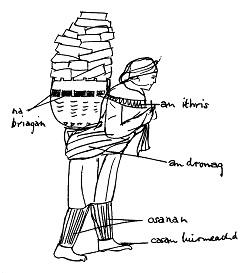 Rob Ó Maolalaigh, Professor of Gaelic at the University of Glasgow and Director of DASG, said: "The Digital Archive of Scottish Gaelic provides a unique and powerful web resource for students and researchers of Gaelic around the globe, which will transform the way research is carried out on Gaelic language, literature and culture. Having access to a large database like this will enable us to see new patterns in the way the language has been used over the centuries and how it continues to be used to this day. This resource will lead to the development of new pedagogical and technological resources for the language."

Vice-Principal and Head of the College of Arts, Professor Murray Pittock, said:  "As a leading centre for Gaelic and Celtic Studies, the University welcomes the online publication of ground-breaking DASG resources, which will provide scholars and Gaelic communities in Scotland and abroad with a magnificent learning and research resource to promote Gaelic and its significance internationally."

Professor Boyd Robertson, Chair of the Steering Committee of Faclair na Gàidhlig, and Principal of Sabhal Mòr Ostaig, said: "We are delighted that the first phase of DASG is now online based on established expertise at Glasgow.  Corpas na Gàidhlig and related software development will revolutionise lexicographical methodology in Scotland.  The Fieldwork Archive will also be tremendously important to the dictionary in that it contains words not recorded elsewhere.  We can look forward confidently to a future in which Gaelic will have a dictionary compiled on historical principles linked to a digital corpus of the language.  Together, they will enable full understanding of the Gaelic language and culture for generations to come."

Leading scholar in the history and culture of the Highlands, Professor Hugh Cheape from Sabhal Mòr Ostaig, said: "As a student of Scottish Gaelic with a specific interest in the lexis and in material culture, DASG offers a resource on a scale hitherto unimaginable without a lifetime's reading and cross-referencing."