The monster mouth doorway at Lagunita. Note the stylized eye of the earth monster and fangs along the doorway jamb. IVAN SPRAJC

Found in the southeastern part of the Mexican state of Campeche, in the heart of the Yucatan peninsula, the cities were hidden in thick vegetation and hardly accessible. 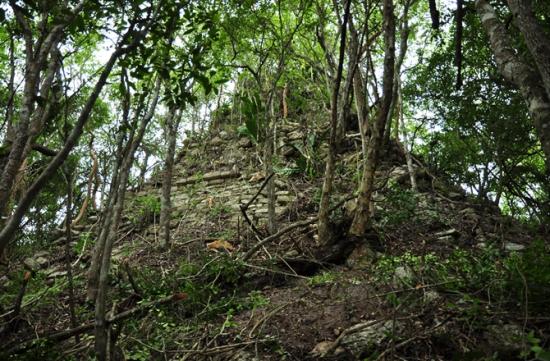 "Aerial photographs helped us in locating the sites," expedition leader Ivan Sprajc, of the Research Center of the Slovenian Academy of Sciences and Arts (ZRC SAZU), said.

Sprajc and his team found the massive remains as they further explored the area around Chactun, a large Maya city discovered by the Slovenian archaeologist in 2013. 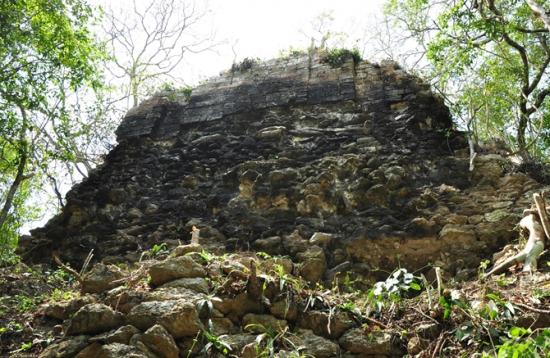 No other site has so far been located in this area, which extends over some 1800 square miles, between the so-called Rio Bec and Chenes regions, both known for their characteristic architectural styles fashioned during the Late and Terminal Classic periods, around 600 - 1000 A.D. 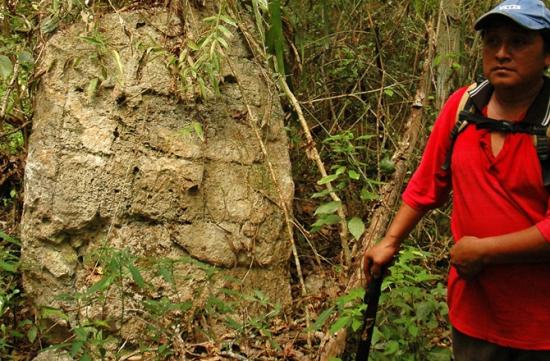 One of the cities featured an extraordinary facade with an entrance representing the open jaws of an earth monster.

The site was actually visited in the 1970s by the American archaeologist Eric Von Euw, who documented the facade and other stone monuments with yet unpublished drawings.

However, the exact location of the city, referred to as Lagunita by Von Euw, remained lost. All the attempts at relocating it failed.

"The information about Lagunita were vague and totally useless," Sprajc told Discovery News.

"In the jungle you can be as little as 600 feet from a large site and do not even suspect it might be there; small mounds are all over the place, but they give you no idea about where an urban center might be," he added.

Laguinita was identified only after the archaeologists compared the newly found facade and monuments with Von Euw's drawings.

The monster-mouth facade turned to be one of the best preserved examples of this type of doorways, which are common in the Late-Terminal Classic Rio Bec architectural style, in the nearby region to the south.

"It represents a Maya earth deity related with fertility. These doorways symbolize the entrance to a cave and, in general, to the watery underworld, place of mythological origin of maize and abode of ancestors," Sprajc said.

According to preliminary reading by epigrapher Octavio Esparza Olguin from the National Autonomous University of Mexico, one of the stelae was engraved on November 29, A.D. 711 by a "lord of 4 k'atuns (20-year periods)." 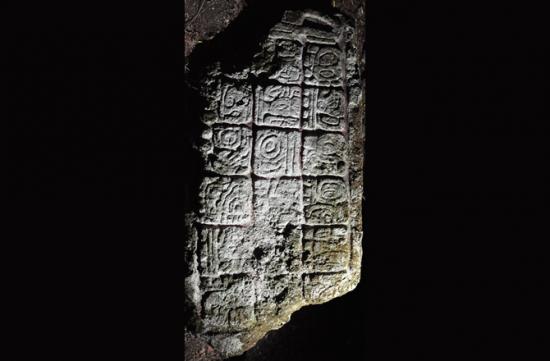 Unfortunately, the remaining text, which included the name of the ruler and possibly of his wife, is heavily eroded.

"To judge by both architectural volumes and monuments with inscriptions, Lagunita must have been the seat of a relatively powerful polity, though the nature of its relationship with the larger Chactun, lying some 10 km to the north, remains unclear," Esparza Olguin said. 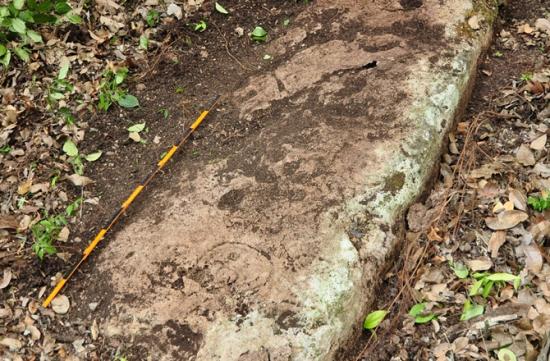 Similar imposing was the other city unearthed by Sprajc. Previously unknown, the city was named Tamchen, which means "deep well" in Yucatec Maya.

Indeed, more than 30 chultuns were found at the site. These are bottle-shaped underground chambers, largely intended for collecting rainwater.

"Several chultuns were unusually deep, going down as far as 13 meters," Sprajc said.

Like in Laguinita, plazas were surrounded by large buildings. These include the remains of an acropolis supporting a courtyard with three temples on its sides. A pyramid temple with a rather well preserved sanctuary on top and a stela and an altar at its base was also unearthed.

Tamchen appears to have been contemporaneous with Lagunita, although there is evidence for its settlement history going back to the Late Preclassic, between300 B.C. and 250 A.D.

"Both cities open new questions about the diversity of Maya culture, the role of that largely unexplored area in the lowland Maya history, and its relations with other polities," Sprajc said.