In the tropical forest of central Yucatan peninsula, two large Maya sites have been discovered by an archaeological expedition led by Ivan Šprajc, of the Research Center of the Slovenian Academy of Sciences and Arts (ZRC SAZU). While not very far from the modern towns of Xpujil and Zoh Laguna, in the southeastern part of the Mexican state of Campeche, the two sites are located in the northern zone of the depopulated and hardly accessible Calakmul Biosphere Reserve.

One of the two sites had been visited in the 1970s by the American archaeologist Eric Von Euw, who documented several stone monuments and an extraordinary façade with an entrance representing open jaws of the earth monster, but the results of his work have never been published. His drawings, kept in the Peabody Museum of Archaeology and Ethnology, Harvard University, USA, have been known to some specialists, but the exact location of the site, referred to as Lagunita by Von Euw, was a mystery. In spite of several attempts at relocating it, Lagunita remained lost until a few weeks ago, when rediscovered by Dr. Šprajc and his team.

“We found the site with the aid of aerial photographs,” Šprajc explains, “but were able to identify it with Lagunita only after we saw the façade and the monuments and compared them with Von Euw’s drawings, which the renowned Maya expert Karl Herbert Mayer made available for me.”

The other site located during the recently accomplished fieldwork had never before been reported. The archaeologists baptized it with the name Tamchén, which means “deep well” in Yucatec Maya, in allusion to the presence of more than 30 chultuns (bottle-shaped underground chambers, largely intended for collecting rainwater), some of them as deep as 13 m. 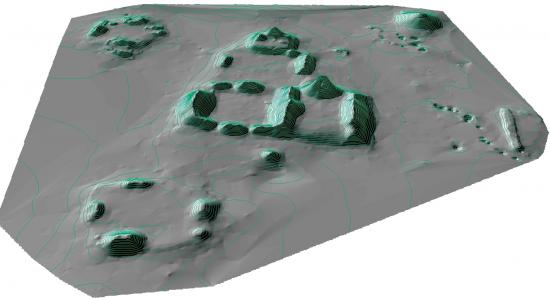 Lagunita and Tamchén are situated in the southern portion of a vast, archaeologically unexplored territory in central Yucatan lowlands. Except for Chactún, the large Maya city discovered by Šprajc’s team in 2013, no other site has so far been located in this area, which extends over some 3000 sq. km, between the so-called Río Bec and Chenes regions, both known for their characteristic architectural styles in vogue during the Late and Terminal Classic periods (c. A.D. 600 – 1000). 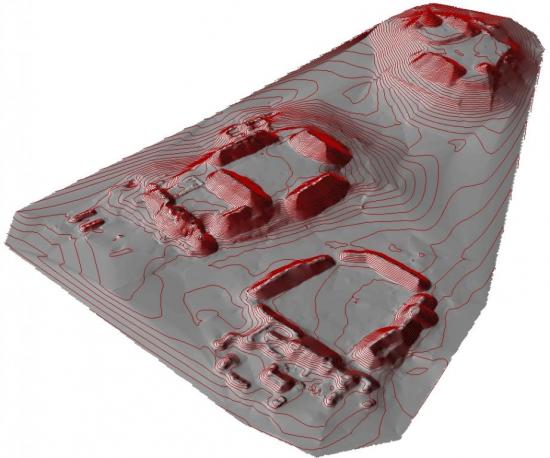 Aside from a ball court and a temple pyramid almost 20 m high, the core area of Lagunita has a number of massive palace-like buildings arranged around four major plazas. 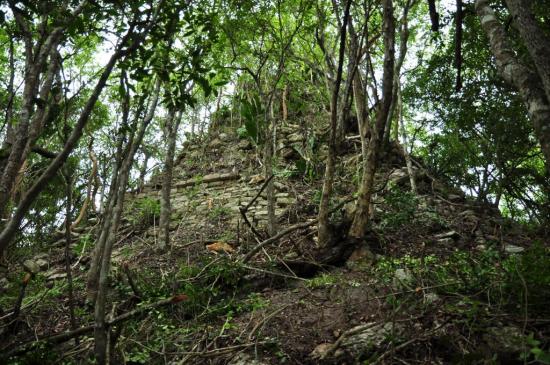 The most spectacular feature is a profusely decorated façade with a monster-mouth doorway. Representing the gaping maws of the earth and fertility deity, these zoomorphic portals characterize both Chenes and Río Bec architectural styles, most prominent examples being those at Chicanná, Hormiguero, Hochob and Tabasqueño. “The Lagunita façade is very well preserved, and we accurately documented all the details using 3D photo scanning technique,” Arianna Campiani commented.

Lagunita, zoomorphic portal, left side, looking east. Note the stylized eye of the earth monster and fangs along the doorway jamb