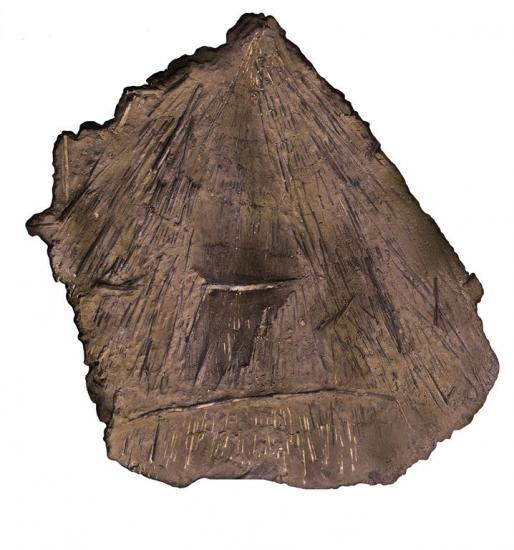 During the survey of debris of the medieval bridge leading to Ostrów Lednicki, a team of underwater archaeologists from the Nicolaus Copernicus University in Toruń discovered a fish-pot filled with the remains of fish.

The trap is preserved in good condition. Inside it were the remains of caught fish - according to preliminary calculations, there were more than 4,000. Originally, the fish-pot resembled a narrow, oblong, pointed basket with length of approx. 1.6 m. The trap recovered by archaeologists from Toruń was made of wicker. At the time of discovery it was between parts of a mediaeval bridge, which confirms its distant origin.

By using a water ejector (sediment removal device), the researchers managed to expose the fish-pot and then make full drawing and photographic documentation underwater, even though their activities were difficult due to the limited visibility underwater. 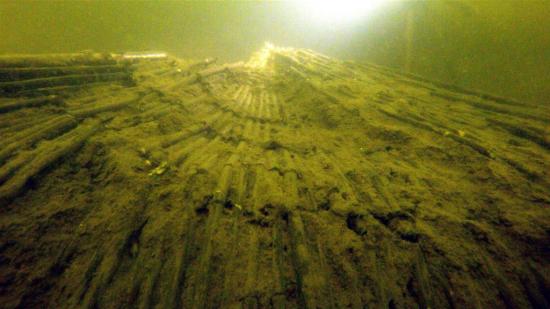 View of the top of the fish-pot. Photo by M. Popek

"Exploration required extreme caution because the wicker basket could disintegrate with every movement of water. Extraction operation was complicated because of the size, state of preservation and delicacy of the object, but it seems that it was successful" - added Dr. Radek. The scientist noted that no one had undertaken a similar procedure before, so the experience gained during exploration and extraction is all the more valuable and would be used in the future.

The discovery was made in August. Currently, the fish-pot is subjected to conservation work in the Museum of the First Piasts at Lednica, and the remains of fish analysed to determine their species. Ultimately the extracted trap will become part of the museum exhibition about fishing. The course of the trap extraction can be seen on the video.

Since 1982, Toruń archaeologists have been studying zones of relics of two bridges leading to the island Ostrów Lednicki, one of the most important centres in the early stages of the formation of the Polish state. To this day, preserved on the island are monumental relics of wood and earthen ramparts and revetments. Discovered bridges - the so-called Poznań bridge with a length of 438 m on the western side of the island, where this year's fish-pot discovery was made), and the "Gniezno" bridge with a length of 187 m on the eastern side - are among the longest medieval structures of this type in Poland. They gave access to the route leading to Poznań and Gniezno. On Ostrów Lednicki are the ruins of the residential palace built in the 2nd half of the tenth century by Mieszko I.

According to historians, that was where Boleslaw the Brave entertained Emperor Otto III in the year 1000, during the pilgrimage to the tomb of St. Adalbert. Ostrów Lednicki is also a hypothetical residence of Dąbrówka - the wife of Mieszko I. It could be the birthplace of the first Polish king - Boleslaw the Brave. The splendour of the place ended in the year 1038 during the invasion of the Czech prince Bretislav, when the bridges were destroyed.