University of the Basque Country 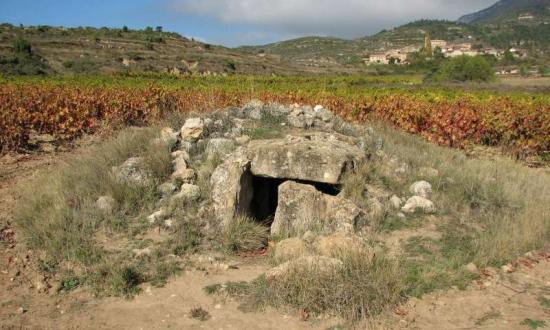 The data obtained by Teresa Fernández-Crespo in seven megalithic graves in La Rioja and Araba-Álava suggest that certain individuals were excluded from burial on the basis of "criteria relating to age and possibly sex". So the existence of a funerary recruitment system that marginalised a considerable proportion of the population, according to the UPV/EHU researcher, could be pointing to the fact that the collective use of a shared burial area, which has often been understood as an egalitarian sign of megalithic societies, could in actual fact be masking the privileges of communities that were starting to become hierarchized.

"In the article we propose that the people buried were intentionally selected. We do so by basing ourselves on the fact that the demographic composition of the megaliths displays significant anomalies with respect to a natural population of an ancient type. The bias identified, which almost systematically affects children under five, but certain adults as well, above all female ones, could be indicating that access to graves was restricted to those people who enjoyed certain rights and privileges only, against what is usually maintained in the traditional archaeological literature," says Teresa Fernandez-Crespo.

The work signed by Teresa Fernández-Crespo and Concepción de la Rúa has studied seven dolmens: two of them located in a municipality of the current province of Araba-Álava (Alto de la Huesera and San Martín, both in Laguardia) and five in localities in the Autonomous Community (region) of La Rioja (La Cascaja in Peciña, Collado del Mallo in Trevijano, Peña Guerra II in Nalda, Collado Palomero I in Viguera and Fuente Morena in Montalvo de Cameros). The number of individuals found in these seven megalithic graves varies and ranges between less than ten (in the case of Fuente Morena, for example) and over a hundred subjects (in the case of Alto de la Huesera), making a total of 248.

With respect to the idea that the monuments were burial spaces reserved for a specific group of the population, one possible explanation, although not the only one, concludes Fernández-Crespo, could be related to the existence of different statuses within the population. "If we accept this hypothesis, it would be plausible that the remains of those who had a lower social position (and for that reason may not have met the access requirements to be included in the dolmens) were laid to rest in other burial structures the building and maintenance of which would require less effort, like, for example, natural caves, sheltered spaces under rock or pits. However, the current state of the research does not allow the refutation that other causes relating to the population or culture could account for this selection of those buried. In this respect, it is possible that the analysis of stable isotopes that we are currently carrying out at Oxford University on the skeletal remains from some of these graves could shed some light on the matter".