First farmers on the Polish Lowland

The transition to farming on the Polish Lowland, which is a part of the North European Plain, was a complex process lasting over a millennium. This is partly due to the diversity of the landscapes (Figure 1) from the Pomerania Lakeland to the north with its rolling glacial hills and the south with the flat monotonous Great Poland Lowland Plain. The largest area is covered by a light sandy soil, however, in some regions heavy, fertile mollic gleysols formed over a clay subsoil can be found; comparable to the fertile loess-based soils prevailing in the uplands of southern Poland. 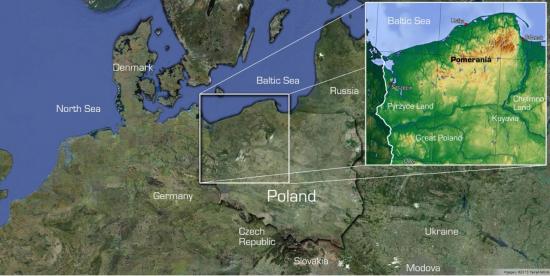 Figure 1. Schematic map showing the areas discussed in this paper

The most important of these fertile “islands” is Kuyavia, with other smaller areas such as Chełmno land and Pyrzyce land. These regions were settled by the first wave of Neolithic farmers belonging to the so called Linear Band Pottery Culture (Linearbandkeramik, LBK), that stretched across a vast area of Europe, from the Paris Basin in the west, through to Ukraine and Moldavia in the east. This culture lasted for about 600 years, from 5500 to 4900 cal BC.

They are famous for their distinctive settlement structures, consisting of unique, easily recognisable long houses (Figure 2) which seem to be an astonishingly uniform element of this culture throughout the vast territory of distribution. In this paper I will concentrate on the region of Kuyavia, where many new rescue excavations carried out due to motorway and pipeline projects were conducted in recent years and where examples of an extremely long “afterlife” of LBK houses can be traced. 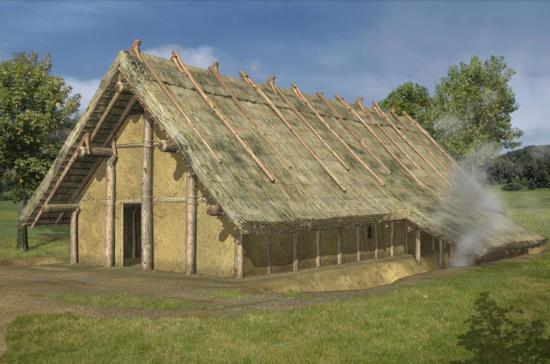 Figure 2. Reconstruction of a LBK house (after Czekaj-Zastawny 2008: 3)

The LBK long house is a rectangular post-built dwelling with a pitched roof structure, which rests its weight on three rows of posts along the its axis (Figure 2). The side walls are created by a row of more densely spaced external posts sunk to a shallower depth than the weight bearing posts. In the eastern part of the LBK distribution area, including Kuyavia, there is as yet no record of foundation trenches in the buildings, which is a more common feature to the west.

The length of these long houses varies from 12 to 40 plus metres, though the average is about 20 metres. The width is more standardised, ranging from between 5 to 8 metres.

The internal divisions in Kuyavia are not as distinctly drawn as in the west. However archaeologists usually record three uninterrupted rows of posts in all parts of the building, with a possible division being indicated by the distance between them or, in the case of three-roomed houses, by the presence of double timber posts in the southern part.

In the eastern part of the LBK distribution area, houses are aligned north to south, with only slight deviation to the east or west.

The issue concerning the length of time that the LBK structures are occupied and the number of their inhabitants has been broadly discussed for many decades. It is currently assumed that a single family of about 5-10 persons occupied the building and that abandonment took place after 20-30 years, which represents a single generation of use.

From a practical point of view they seem too big and too elaborate to represent purely functional living spaces and in regard to their almost iconic style we can assume there was much more to these structures than simple dwellings. LBK houses seem to be built to make impression, and can be described as monumental in the colloquial sense of this word. 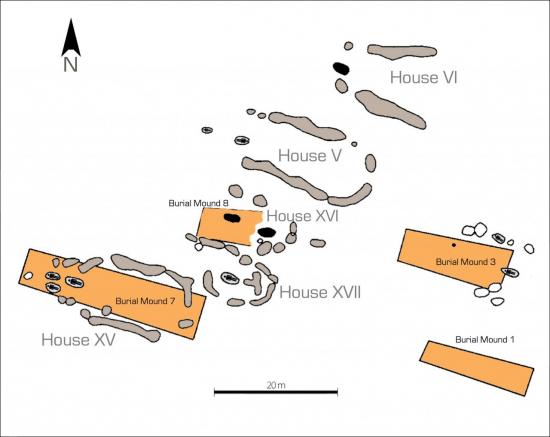 Figure 3. Balloy, Paris Basin. Plan of the central part of the settlement with long houses of the Villeneuve-Saint-Germain culture superimposed by graves and long barrows of the Cerny culture (after Midgley 2006, fig. 6)

Afterlife of LBK houses – examples from other regions

Each generation in the LBK builds its new house with each ‘old house’ abandoned when they would still have been structurally sound.

Very few houses within LBK settlements overlie each other, so it is reasonable to argue that older houses were not demolished per ce, but left to decay with future generations remembering and respecting them. After some time a settlement consisted of houses of the living and still visible houses of the ancestors.

Remembrance could last even longer than the occupation of the site itself. One example of long lasting social memory was presented recently by Jens Lüning for the site at Schwanfeld in Franconia (south Germany) where an interesting sequence of occupation has been traced: the first phase begins with a settlement lasting for five generations, dating to the earliest LBK period, followed by a later settlement located at a new site in the vicinity.

450 years after the first house in the old settlement had been erected, a child’s burial was interred within a pit situated by the wall of this “founder’s house”. Two hundred years later, in the time of the succeeding Großgartach culture the oldest houses must have still been visible as their layouts were respected by Großgartach structures (Lüning 2011).

A further example of ritual treatment of abandoned LBK houses by people from succeeding cultures comes from the Rhineland, where single graves of the Rössen culture were dug directly into the LBK structures at the site of Müddersheim (Veit 1996: 147). In other cases the previous settlements of the LBK were actively avoided by the occupants of the Rössen culture in this region. The most famous example is at the site of Balloy in the Paris Basin (France), where the graves and long barrows of the Cerny culture are superimposed directly onto or in the long houses of the Villeneuve-Saint-Germain culture (following the LBK, with similar architecture; Midgley 2006; Figure 3). It is difficult to imagine that those who buried their dead in monuments XV and XVI were not aware that they were burying them within the foundations of ancestral houses that had been abandoned some 200 years earlier.