A characteristic feature of the burial is that it is five meters deep.

Leader of the expedition Alexander Podushkin also said: "We found hundreds of completely different artifacts. These are clothing and household items, knives, but most importantly - we found more than 100 jewelry pieces, which has never happened before. In addition, the five meter deep burials point to the fact that the people here lived well.”

Both female and male remains were in the tombs. The archeologies suppose that the burial belongs to a Sarmatian tribe. The historians believe that Kangju state was polyethnic and consisted of Sarmatians, Saks (Saka), Huns and possibly Alans. 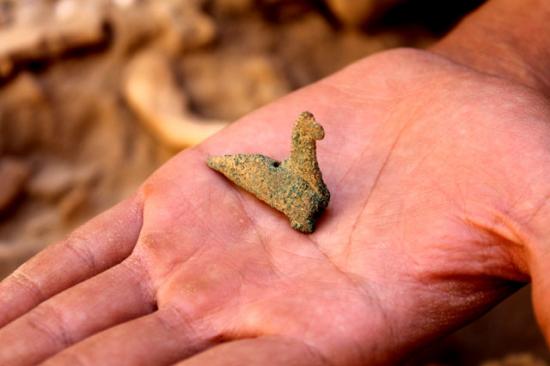 This is probably a bronze figure of a bird, which could have been used in rituals 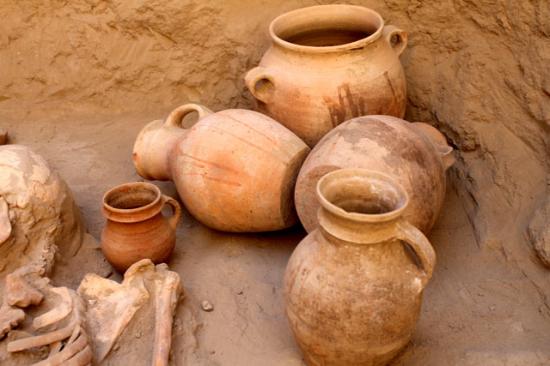 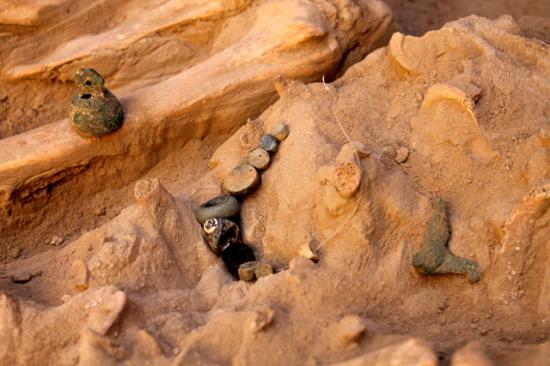 The artefacts are relatively well preserved. Some of the items are almost undamaged.

The jewelry is more than 2,000 years old.  It appears that two millennia ago people were able to make jewelry from materials that are now worked with special equipment. 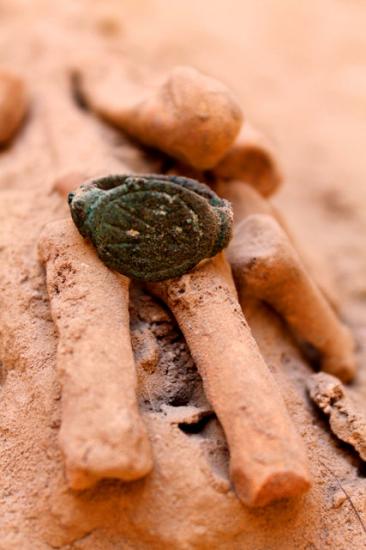 Signet with a characteristic pattern belonged to an affluent man.
One of three mounds contained 10 pitchers. According to the archaeologists, this is very rare. Earlier, a maximum of seven vessels were found in a single tomb.

The work at the site is not completed with only three mounds excavated. The scientists will examine the human remains, household items and jewelry in greater detail later. Nevertheless, the high significance of these findings is already obvious.