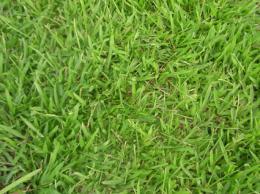 An international team of researchers has found evidence that suggests a human ancestor – Australopithecus bahrelghazali – was eating grass plants almost a million years earlier than most scientists had thought. In their paper published in the Proceedings of the National Academy of Sciences, the team says carbon dating of tooth fossil samples found in Chad indicate early hominins had been dining on a diet heavy in plants that contained 4 carbon atoms (C4), which are typical of grasses or sedges.

Very early human ancestors are believed to have eaten mostly fruits and insects, a trait they shared with most modern apes. At some point however, as the climate changed, our ancestors shifted their diet to include grasses and sedges. Previous evidence had shown that a Paranthropus boisei hominin had existed by eating mostly plants, but carbon dating had shown that individual to have lived approximately 2.8 million years ago. The A. bahrelghazali tooth fossils in this new study are from 3 to 3.5 million years ago, pushing back the date that our ancestors came down out of the trees and began eating C4 grasses, though it's not clear if they were eating actual grass blades or the roots and tubers that support such plants.

A. bahrelghazali stood approximately five feet tall (similar in size to modern chimpanzees) and walked on two legs. It also had a projecting jaw with powerful muscles and large teeth that enabled it to grind plant material to aid digestion. During its time, the part of African where it lived was covered with lakes, floodplains and wooded grasslands, which would lead quite naturally to a change in eating habits if a pattern of living on the ground as opposed to trees developed.

Grasses and sedges are generally high fiber foods that also have complex starches and some even have tissue that also offers nutrients, thus, A. bahrelghazali would have been able to survive on such a diet despite not having evolved a sophisticated plant processing digestive system such as that seen with modern cows.

The researchers acknowledge that because there is so little fossil evidence to work with, it is possible that the carbon levels found in the tooth fossils came from eating animals that consumed C4 plants, but thus far there is no other evidence to suggest that was the case.

Foods derived from C4 plants were important in the dietary ecology of early Pleistocene hominins in southern and eastern Africa, but the origins and geographic variability of this relationship remain unknown. Carbon isotope data show that Australopithecus bahrelghazali individuals from Koro Toro in Chad are significantly enriched in 13C, indicating a dependence on C4 resources. As these sites are over 3 million years in age, the results extend the pattern of C4 dependence seen in Paranthropus boisei in East Africa by more than 1.5 million years. The Koro Toro hominin fossils were found in argillaceous sandstone levels along with abundant grazing and aquatic faunal elements that, in combination, indicate the presence of open to wooded grasslands and stream channels associated with a greatly enlarged Lake Chad. In such an environment, the most abundant C4 plant resources available to A. bahrelghazali were grasses and sedges, neither of which is usually considered as standard great ape fare. The results suggest an early and fundamental shift in hominin dietary ecology that facilitated the exploitation of new habitats.