A civilisation as old as Indus valley?

Did the coastline of the Konkan, from Shrivardhan in Raigad to Vengurla in Sindhudurg, have human habitation around 8,000 years ago? Did that population have well-developed engineering skills? Was there a unique Konkan culture in existence in 6,000BC? The latest discovery in the field of archaeology, below the sea waters of Konkan coast, could answer these questions with a big resounding‘Yes!’

In what could turn out to be a major discovery,researchers have found a wall-like structure, which is 24km long, 2.7m in height, and around 2.5m in width. The structure shows uniformity in construction. “The structure is not continuous from Shrivardhan to Raigad, but it is uniform. It has been found 3m below the present sea level. Considering the uniformity of the structure, it is obvious that the structure is man-made,” said Dr Ashok Marathe, department of archaeology, Deccan College Postgraduate and Research Institute, Pune.

This joint expedition carried out by Deccan College, Pune and Department of Science and Technology, Central Government, has been in progress since 2005. “We were actually studying the impacts of tsunami and earthquake on western coast when we first found this structure in Valneshwar,” said Marathe.

However, the age of the structure was decided on the basis of sea level mapping. “There have been exhaustive studies about the sea water coming inside the land. Based on the calculations, experts from the National Institute of Oceanography (NIO) pegged the age of the wall at around 6,000 BC,” Marathe informed.

The discovery has raised a number of questions, such as how these huge stones were brought to the shore? What was the purpose behind building this wall? If the date of the wall is accurate, then is it the same age as the Indus civilisation? Why have none of the researchers till date, found or made any mention of this civilisation? Marathe, who will be retiring in July 2011, has asked more people to try to find answers to these questions.

In the wake of power projects coming up on Konkan’s coastline and the growing discontent, this discovery could prove vital. Marathe, though, displays little faith in the government. 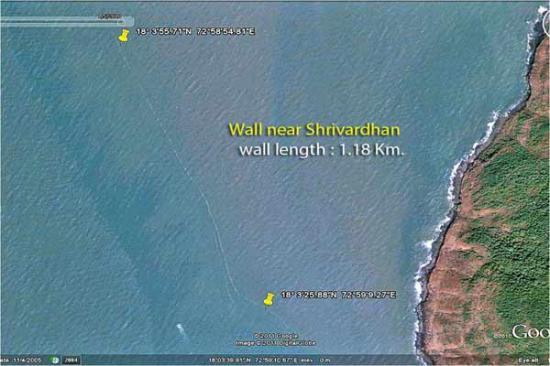 Researchers have found a wall-like structure that is 24 kilometres long, 2.7 metres tall, and around 2.5 metres wide. The structure shows uniformity in its construction.

“The structure is not continuous throughout the 225 kilometres from Shrivardhan to Raigad, but it is uniform,” said Dr Ashok Marathe, professor, department of archaeology, Postgraduate and Research Institute, Deccan College, Pune.

“It has been found three metres below the present sea level. It has been constructed on the ancient sand beach, which was taken as the base for the construction. Considering the uniformity of the structure, it was obvious that the structure is man-made and not natural.” 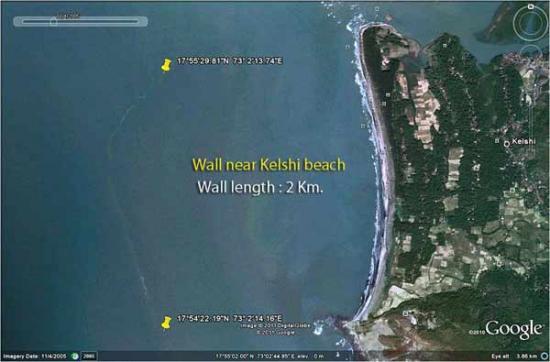 The joint expedition carried by Deccan College and the central government’s department of science and technology, was in progress from 2005.

“We were actually studying the impacts of tsunamis and earthquakes on the western coast when we first found this structure in Valneshwar,” said Marathe. “Then we started talking with the locals and fisherfolks and we got news about more such structures below water.” 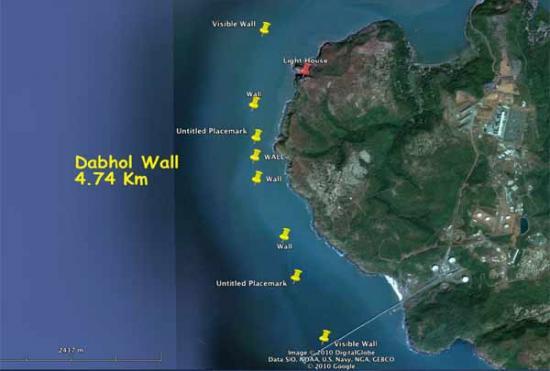 Marathe added that, the uniformity also shows that the people who built it belong to the same culture from Shrivardhan to Vengurla.
However, deciding the age of the structure was done on the basis of sea level mapping. 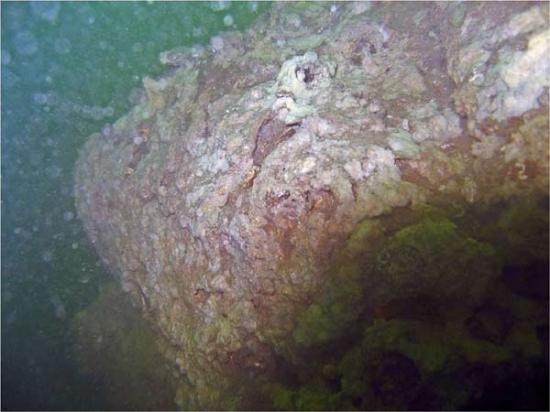 Bottom of the wall

“There have been extensive studies about the sea water coming inside the land,” said Marathe. “The wall’s base, that is ancient sand, is about six metres below the present sea level. Based on the calculations, experts from the National Institute of Oceanography found the age of the wall as around 6000 BC.”

According to him, the sea was away from its present coastline in 6000 BC and this wall could have been an effort to prevent the sea water from coming inside the human habitat. 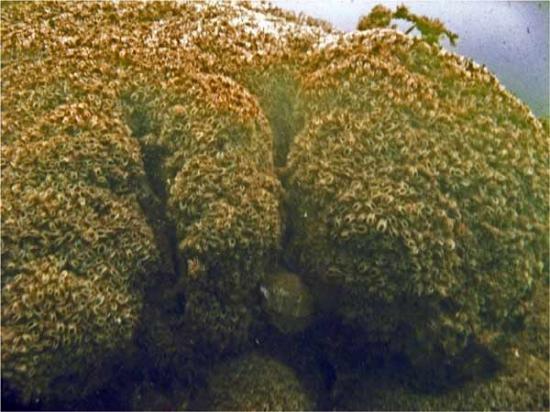 Middle of the wall

The discovery has raised a number of questions.

How were these huge stones of Laterite and Deccan Trap variety transported to the coast?

What exactly was the purpose behind building the wall?

If the date of the walls is true then is it from around the same time as the Indus Valley Civilisation?

Why has there been no mention of this civilisation till now?

Marathe, who will retire in July 2011, has asked more people to come forward to take his work ahead and to try to find answer to these questions. 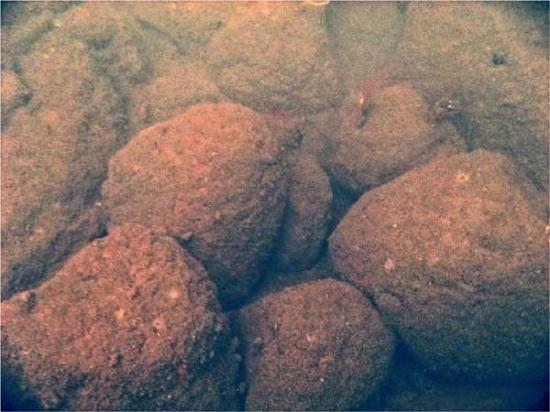 Top of the wall

In the wake of a number of power projects coming on the Konkan coast and the growing discontent about the projects, this discovery could prove vital.

Marathe, though does not have much hope from the government mentioned that this, if studied properly could be a major chapter of human being’s history.

“It is now up to the government how they treat my finding,” he said.