Maya ruins at Kiuic turn out to boast a pyramid of surprising antiquity, dating back to 700 B.C., and more signs of rapid "collapse" as the ancient culture's era ended. 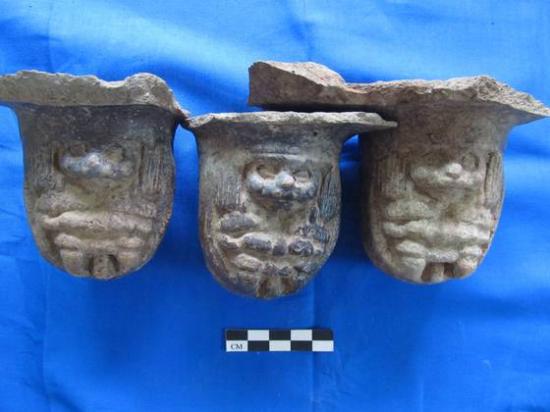 An international archaeology team, for example, reports that a well-known Maya ruin site had its origins further back in time than anyone first supposed. Nestled in the hilly interior of Mexico's Yucatan Peninsula, the ruin of Kiuic turns out to boast a pyramid of surprising antiquity, dating back to 700 B.C., as shown by carbon dating. Long seen as a transitional corridor between the ancient Maya cities of Central America and the later ones of the Yucatan coast, the hilly "Puuc" region that is home to Kiuic and other sites, instead, looks like a longtime home of the vanished culture.

"They were living here going way back," says archaeologist George Bey of Millsaps College in Jackson, Miss. The pyramid was discovered long ago, with writer John Lloyd Stephens visiting Kiuic's ruins in the 1840s, and dates to after 800 A.D., when the site was thriving. But now excavation to the foot of a four-story pyramid in the center of the ruin has helped pin down its birth date, showing it started out as a ceremonial platform, as was typical of ancient Maya towns and cities. 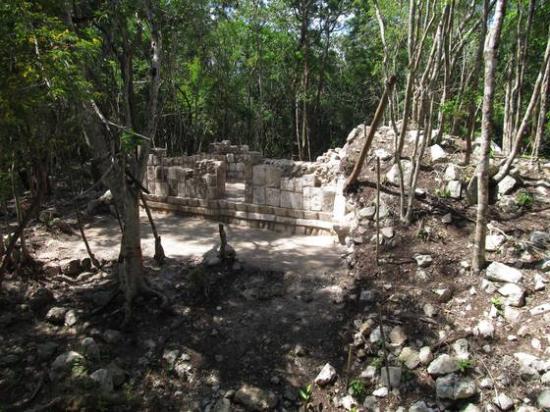 In 2010, Bey and Mexican archaeologist Tomás Gallareta Negrón of INAH reported that artifacts left at Kiuic indicated the site had undergone rapid abandonment around 880 A.D., part of the famed collapse of ancient Maya cities at the time. More than 6 million Maya still live in Central America today, but the rulers and the pyramid cities of the era were abandoned in a diaspora that modern-day scholars have tied to long-term drought, over-farming and other factors.

At one of the houses showing signs of rapid abandonment on a hilltop overlooking Kiuic, the team reports they have found inscriptions on a keystone block as well as the remains of a large feasting bowl left behind, more evidence of rapid flight. Earlier discoveries at the site included grinding stones left tilted against doorways, kitchen implements left stacked in rooms and remains of ancestors left behind that Maya traditions would have typically seen as needing removal if a place faced permanent abandonment. Instead, it looks like the residents just left, expecting to shortly return. But they never did. "These were the Maya middle class, and they were doing well," Bey says.

The three feet of the platter depicted the Maya "fat god," a patron of feasting, appropriately enough, next to tools for applying stucco to homes. Apparently, the heavy feasting platter was too big to take when the homeowner left (sort of like leaving the family silver behind when going on a vacation now), Bey says, but such a valuable object would have been taken if a permanent move were planned. 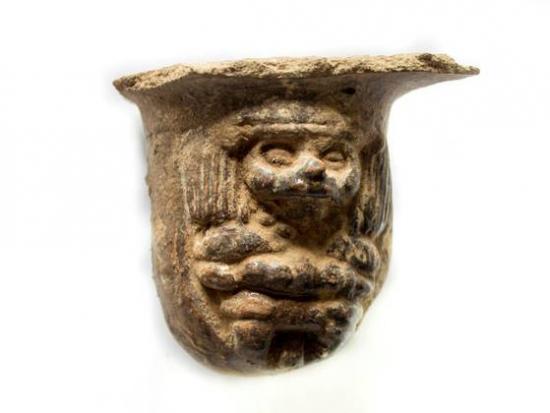 The team hopes that analysis of the site, slowly being unearthed by archaeologists, provides a time capsule of the time when abandonment took place at Kiuic, and might offer insight into its occurrence elsewhere. Scholars generally divide ancient Maya eras into a Classic one that started after 200 A.D. and a "Pre-Classic" one that dates back to perhaps 900 B.C., but the latest finds point to more continuity between the two eras instead, Bey suggests.