If the new investigations into King Tut's tomb reveal hidden rooms, could those chambers hold the burial of Nefertiti, the long-lost queen who is doubly connected to the teenage pharaoh? If so, they might add one more mummy to his intriguingly interwoven family ties.

More than a century of excavations in and around Egypt’s Valley of the Kings has revealed 64 tombs and other related chambers. The treasure-filled burial of King Tutankhamun, known now as KV62, is by far the most famous. But many other royal tombs and mummies from ancient Egypt's 18th and 19th Dynasties have also come to light.

Beginning in 2007, Egyptian scientists conducted genetic tests on 16 royal mummies. The ones pictured here were identified as Tut's near and dear—his grandparents, his parents, his wife, and two mummified fetuses who were found in his tomb and were most likely his daughters.

But there's one legendary royal mummy from this period who’s missing, and whose name pops up every time there's a new discovery in this royal cemetery—the beautiful Queen Nefertiti. She was the principal wife of Akhenaten, Tut's father. Tut's mother was a different wife, whose name we don't know. That makes Nefertiti Tut's stepmother.

Tut's family ties are further complicated by the royal custom of incest during this period. Tut married his half sister Ankhesenamun, a daughter of Nefertiti and Akhenaten. And that makes Nefertiti his mother-in-law. Ancient Egypt’s most  famous pharaoh was the offspring of a union between siblings. Inbreeding may have  afflicted him with a congenital clubfoot and even prevented him from producing an heir with his wife, who was probably his half sister. 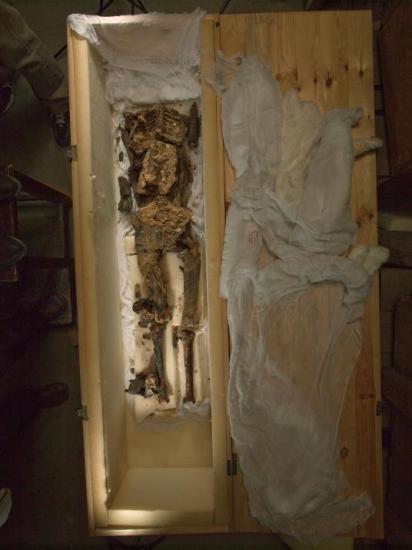 DNA results suggest that this mummy—made headless by vandals—could be the mother of at least one of the fetuses found in King Tut’s tomb. If so, she is likely A nkhesenamun, a daughter of Akhenaten, and the only known wife of Tutankhamun 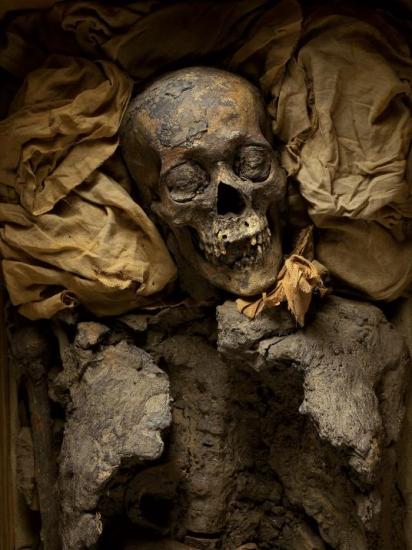 Amenhotep III ruled in splendor some 3,400 years ago. His body was found in 1898 hidden along with more   than a dozen other royals in KV35, the tomb of his own grandfather, Amenhotep II 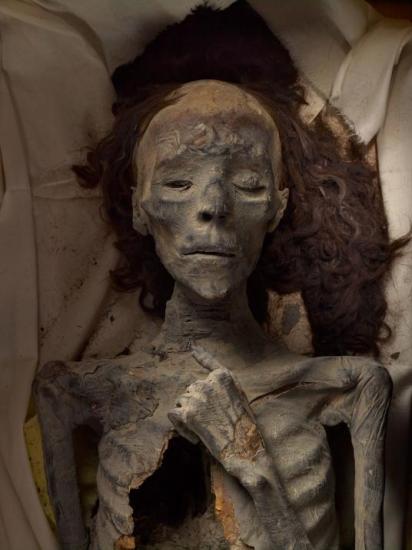 DNA analysis has identified this regal beauty as Tiye, Amenhotep III’s wife and Tut’s grandmother. She was embalmed with her left arm bent across her chest, interpreted as a queen’s burial pose. Her hair remains intact thanks to Egypt’s arid climate.

This badly decayed mummy was discovered in 1907. Royal epithets on its defaced coffin suggested it might be Akhenaten, the heretic pharaoh who forsook the gods of the state to worship a single deity. DNA confirmed the mummy to be  Tut's father 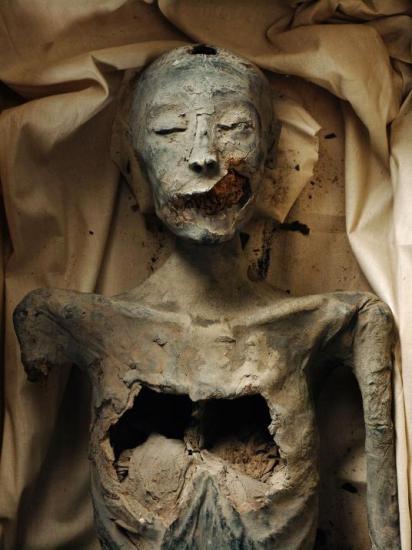 According to DNA tests, his mummy, known as the Younger Lady, is both the full sister of Akhenaten and the mother of his son Tutankhamun. The Younger Lady is probably one of the five known daughters of Amenhotep III and Tiye.