Kibyratis in the Turkish mountains was a pastoral retreat for the Roman elite, who didn't miss the opportunity to make money while about it
Philippe Bohstrom

Lid of a sarcophagus from the Roman period, with a couple on it, Kibyratis Oliver Hülden, ÖAW-ÖAI
The lifestyle of Rome's imperial and elite families is little known beyond their triumphs in war, monumental legacies and gossip about their extravagances. Now the discovery of 1,900-year-old rural estates that they owned in today's southwestern Turkey shows how they lived in pastoral retreat, surrounded less by sycophants than slaves, and making money in the Eastern Provinces of the Roman Empire by exporting wine and manufacturing pottery.
One of the estates uncovered in the Kibyratis mountains belonged to the family of Emperor Marcus Aurelius (161–180 C.E.), say the researchers from the Austrian Archaeological Institute.

Terracotta horse head from the Archaic period, from a Lydian settlement in the Kibyratis Jörg Gebauer / ÖAW-ÖAI
The inland region of the Kibyratis had been relatively unexplored until an extensive archaeological survey began in 2008. The digs revealed large rural estates by the city of Kibyra that had hitherto only been known from inscriptions.
Four of them belonged to local and Roman nobles, including the imperial family, according to the analysis by the institute.
The archaeological remains were heavily damaged, but the buildings clearly featured mosaics, marbled wall decorations and clay water pipes. The agricultural focus of the estates is clear from the remnants of metal working, and marble press weights, almost certainly used in wine-making.
These agricultural enterprises seem to have not only generated wealth for their owners, but served as vacation homes.

Stone inscribed votive altar of Marcus Calpurnius Longus T. Corsten, picture edit by N. Gail
A votive altar found near one of the estates bears a poem describing a high-class hunting party. In the mid-2nd century C.E., Marcus Calpurnius Longus, a member of the honorable senatorial family of the Calpurnii living in Attaleia (today Antalya) travelled from the coast to the Kibyratis mountains to visit his rural property. During a hunting party he killed an ibex with spectacular horns and sacrificed it to the gods for the protection of his land and livestock. 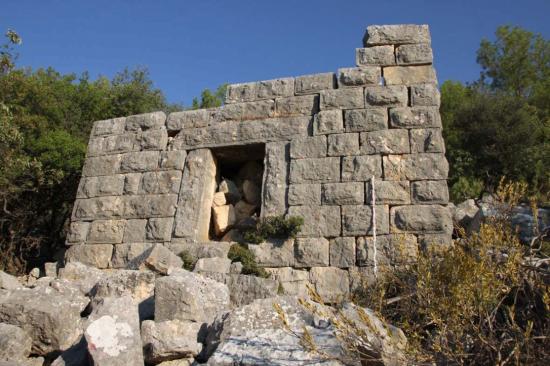 Tower in Roman farmstead, Kibyratis, Turkey Oliver Hülden, ÖAW-ÖAI
In the later decades of the 2nd century C.E., the Calpurnii lost their estate in the Kibyratis. It was given to the Imperial family, for reasons unknown. 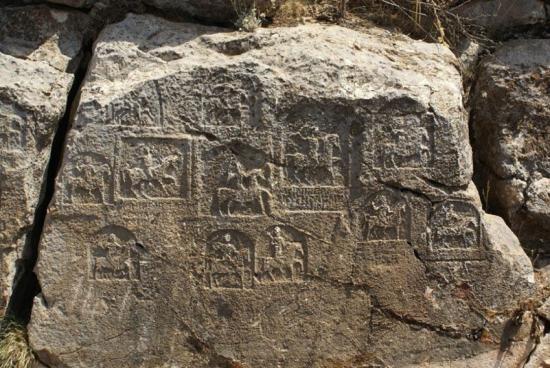 Open-air sanctuary with rock-cut reliefs of the rider-god Kakasbos, found in the Kibyratis, Turkey. Oliver Hülden, ÖAW-ÖAI
We do know that one of the new owners was  Annia Cornifica Faustina, sister of Marcus Aurelius. From the little known about her, she was raised in Rome with her brother, the future Emperor Marcus Aurelius, the last of the so-called “Five Good Emperors”, who would rule for nearly two decades, from 161 to his death in 180 C.E.