Kerimli (Azerbaidjan) - Archaeological museum to be created in Oguz

Archaeological museum to be created in Azerbaijan 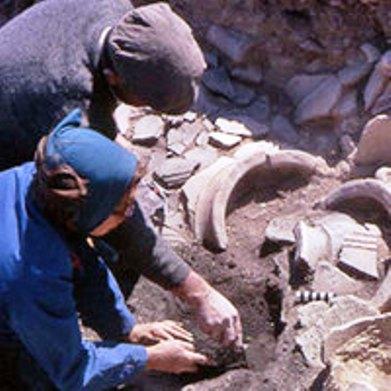 A museum will be created on the territory of Oguz region of Azerbaijan. It will present the remains of an unknown country, the Head of Sheki, Gakh, Oguz expedition of the Institute of Archaeology and Ethnography of the National Academy of Sciences, Nasib Mukhtarov, told Trend.

"The Institute of Archaeology and Ethnography plans to create a museum on the nine mounds with the support of the Oguz executive power body. The excavations will be carried out there in the future," Mukhtarov said.

The remains of a previously unknown ancient country relating to the II millennium BC were found on the territory of Azerbaijan in late 2010.

Archaeological excavations on the site of mounds in the village of Kerimli in Oguz region give grounds to consider that this country was ruled by one dynasty for 250 years.

Archaeological materials were found in the mound No 2. One can assume that this monument belongs to the first quarter of II millennium BC, that is to the middle Bronze Age.

According to the head of the expedition, a one kilometer tunnel will be built in an underground museum. "While the excavations were carried out in only a few mounds. But the found archaeological materials provide a basis to assume that the country had trading ties with India, Mesopotamia, Egypt and developed craft that period," Mukhtarov said.