NASA spends more time scoping out the Earth than it does the cosmos, and its latest gaze includes an 8,000-year-old mystery.

The space agency has released new images of a series of mysterious earthworks on the steppes of Kazakhstan, covering a massive amount of land. The hundreds of mounds, first discovered by a Kazakhstani economist in 2007, are arranged to form distinct shapes.

The largest, which looks like a square with 284 m sides cut by two diagonal lines 406 m long, is larger than the area of Egypt's Great Pyramid of Giza. 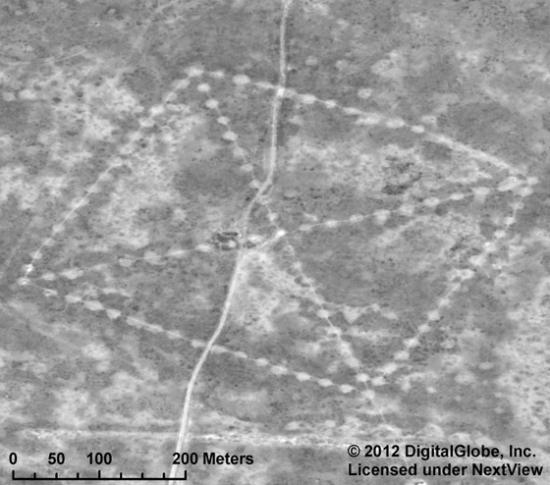 The Ushtogaysky Square, as it is known, is one of the five geometric shapes detected so far, made up of around 260 identifiable earthworks.

Other shapes include crosses, circles, and a curvy formation known as the Turgai Swastika. 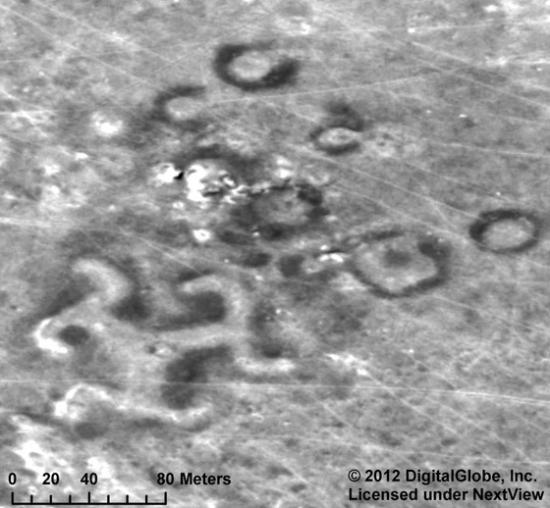 Though NASA released the new images last week, it didn't discover them. That honour goes to Dmitriy Dey, whom the Times describes as an economist and "archaeology enthusiast." He discovered them while going over orbital pictures of Kazakhstan found on Google Earth.

In an interview with the Times, Dey said he didn't see anything sinister or otherworldly about the geoglyphs, theorizing they were designed to be an observatory of sorts, tracking the motion of the sun.

Dey says they were likely linked to a stone age culture known to have flourished in the area up to 7,000 years B.C.E., although other theories date them more recently. If they are as old as Dey thinks, their very existence casts doubt on what scientists thought they knew about ancient nomadic cultures.

"The idea that foragers could amass the numbers of people necessary to undertake large-scale projects — like creating the Kazakhstan geoglyphs — has caused archaeologists to deeply rethink the nature and timing of sophisticated large-scale human organization as one that predates settled and civilized societies," University of Winnipeg archaeologist Persis B. Clarkson wrote in an to the Times.