Much needed makeover for three goddesses 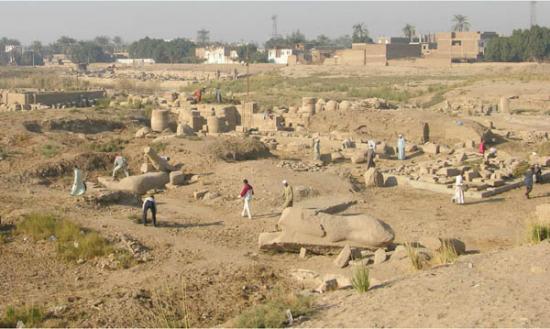 The temples of the Karnak complex stand majestically on the east bank of the Nile at Luxor, their awe-inspiring architecture flaunting the great and noble civilisation of ancient Egypt. We know from historical records that Karnak's vast medley of temples, chapels, columns, pylons, obelisks and above all the sacred lake have fascinated visitors for at least 2,000 years.

To the south of the Amun-Re temple complex, beneath the tenth pylon, stands the ruined temple of the mother goddess Mut. Since its construction by Pharaoh Amenhotep III (1388-1360 BC) the temple became a centre of interest for the pharaohs of the New Kingdom up until the Ptolemies (310-30 BC), who built several temples associated with the original Mut temple and its crescent-shaped lake. 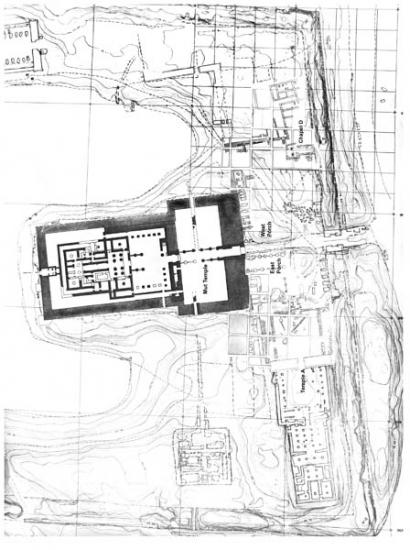 The Mut precinct preserved its importance even after the Roman conquest of Egypt in 30 BC, but its decline began not long afterwards. Regrettably the temple has been devastated over time; it has lost some of its features completely, and most of its blocks were usurped in antiquity and reused to construct other structures at Karnak. Except for some walls, foundations and no less than 600 black granite statuettes of the lioness goddess Sekhmet found scattered at the courtyard. Some Theban residents even built residential houses within the precincts of the Mut temples.

The temple closed its doors to the public. In 1976 so that the American Research Centre in Egypt (ARCE) and the Brooklyn Museum could tart excavation and conservation work at the Mut precinct. This was followed by another mission from Johns Hopkins University in 2001 led by American archaeologist Betsy Bryan.

According to ARCE's website, while work was carried out at the Mut temple from 2007 to 2009 Bryan and her team continued to support the project to conserve the foundations. They found that the intermittent rise and fall of the Nile-fed sacred lake over many centuries had caused subsidence on the west side of the temple, creating a slippage of more than 10 centimetres in some areas of the wall.

The Johns Hopkins team has dismantled and rebuilt two walls of the temple on the west side which were in poor condition and had displaced the foundations. This work first required a thorough documentation of the wall before any blocks could be removed. Once the blocks were removed, according to the team's report, the paving was lifted from beneath the level of the two walls so as to expose the slipped foundation blocks. These were reset, and then the walls were rebuilt. It is hoped that this labour-intensive undertaking, carried out by stone mason Franck Burgos, will counteract the effects of long-term water and salt damage to the building foundations and preserve the temple.

In addition, work begun under an ARCE EAP grant to reveal and remove column sections from a porch of Hatshepsut, first discovered in 2004, is also continuing. Bryan's work has revealed that early in the reign of Tuthmosis III (1479-1425 BC), column drum elements of a porch of Hatshepsut and Tuthmosis during their co-regency had been dismantled and reused in the foundations when the temple was enlarged. Later, in 2009, the team started to rebuild the porch, along with elements of a limestone gate that had been buried with the columns. These reconstructions were a focal point for visitors to the Mut Temple in 2010.

This week the Ministry of State for Antiquities (MSA) and ARCE launched a comprehensive restoration project to clean and restore the Mut precinct, as well as to develop the area surrounding it, so that it cam be opened to the public next year. MSA Minister of State Mohamed Ibrahim explains that the development work will take a year l and will include a comprehensive cleansing of the temple's walls; restoration of the reliefs and establishing a visitors' centre displaying illustrations of the temple in antiquity, as well as its original plan and restoration and excavation works carried out from 1976 up to the present. A documentary about Mut the goddess and the role she played in ancient Egypt is to be screened at the centre, as is a documentary on the Karnak temples complex as a whole.

Meanwhile on Luxor's west bank restorers and workmen are hard at work at the temple of the goddess of rebirth and femininity, Isis, at Deir Al-Shelwit, four kilometres south of Medinet Habu. A development project similar to that at the Mut Temple is now being conducted by the MSA in collaboration with ARCE at the Isis Temple so that it too can be opened to the public next year. 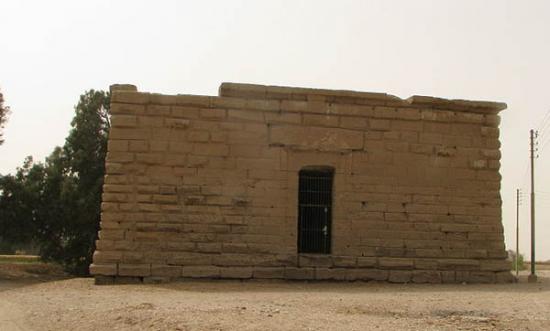 Today the Isis Temple can be seen in ruins. It includes a small main building, the ruins of a decorated propylon and a well enclosed by a brick wall. The outer wall of the temple is plain, while the inner surface is decorated. The temple's shrine has a surrounding corridor with a chapel, an area for cleansing called a wabet and stairs leading to the roof.

According to inscriptions found on the propylon the temple was constructed in the first century AD, but there is a theory that the construction of the temple started in the reign of Pharaoh Nectanebo II (360 Òê" 342 BC) and finished during the Graeco-Roman period.

Mansour Borak, the supervisor of the Luxor antiquities, told Al-Ahram Weekly that the Isis Temple at Deir Al-Shelwit was of great importance because religious buildings dating from the Graeco-Roman period were rare in this area, where this was the only temple associated only with Isis and not with the gods of the Theban Triad (Amun-Re, Isis and Horus). Borak went on to say that the reliefs of the temple were similar to those in Dendara Temple and on Philae Island. Cartouches of the Roman emperors Galba, Otho, Vespasian, Julius Caesar, Hadrian and Antoninus Pius were engraved on the temple and the propylon. The outer wall includes reused blocks from other ancient Egyptian structures bearing the New Kingdom reliefs.

Going upriver along the Nile, another development project is being undertaken by Egyptian restorers at the Hathor Temple on Philae Island south of Aswan. 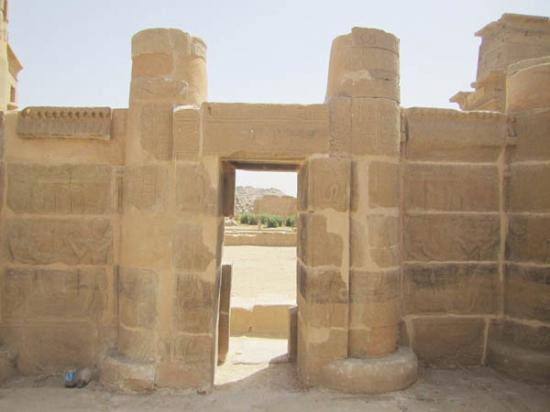 On the east side of the Isis Temple archaeologists are cleaning, consolidating and restoring the blocks that once formed the temple to Hathor built by king Ptolemy VI and extended in the reigns of Ptolemy VII and the Roman emperors Augustus and Tiberius.

The temple consists of a kiosk with 14 Hathor-headed columns, a pronaos and a cult terrace in the back courtyard facing the Nile. Among the distinguishing reliefs of the temple is one depicting a group of musicians with their instruments performing to please and entertain the gods on attendance with the patron deity Hathor.

Sadly, though, time had taken its tall to the walls of the Hathor Temple and had led to the deterioration of some of its blocks, with cracks spreading over the walls. Ibrahim said that after studying the blocks of the temple the Egyptian restorers decided to dismantle and reconstruct the whole temple in order to correct faulty work carried out in previous attempts at restoration. Now, after almost a year of hard work, the temple has been rebuilt and restored and will be officially inaugurated next month.

Osama Abdel-Wares, general director of the Nubia Antiquities Fund, told the Weekly that the aim of the recent restoration work was to repair architectural and decorative faults made during previous restoration. The ground levels were uneven and walls and pillars were leaning, while blocks were separated from one another by void spaces which could easily have led to collapse. Abdel-Wares explained that this restoration had put right previous wrongs, while badly damaged blocks had been replaced by new similar ones. Those that ad collapsed had been restored and installed at their original positions. Cement blocks erected during previous restoration to complete the temple's architecture and fill the missing blocks were removed and replaced by new ones carved of a similar material to the original.